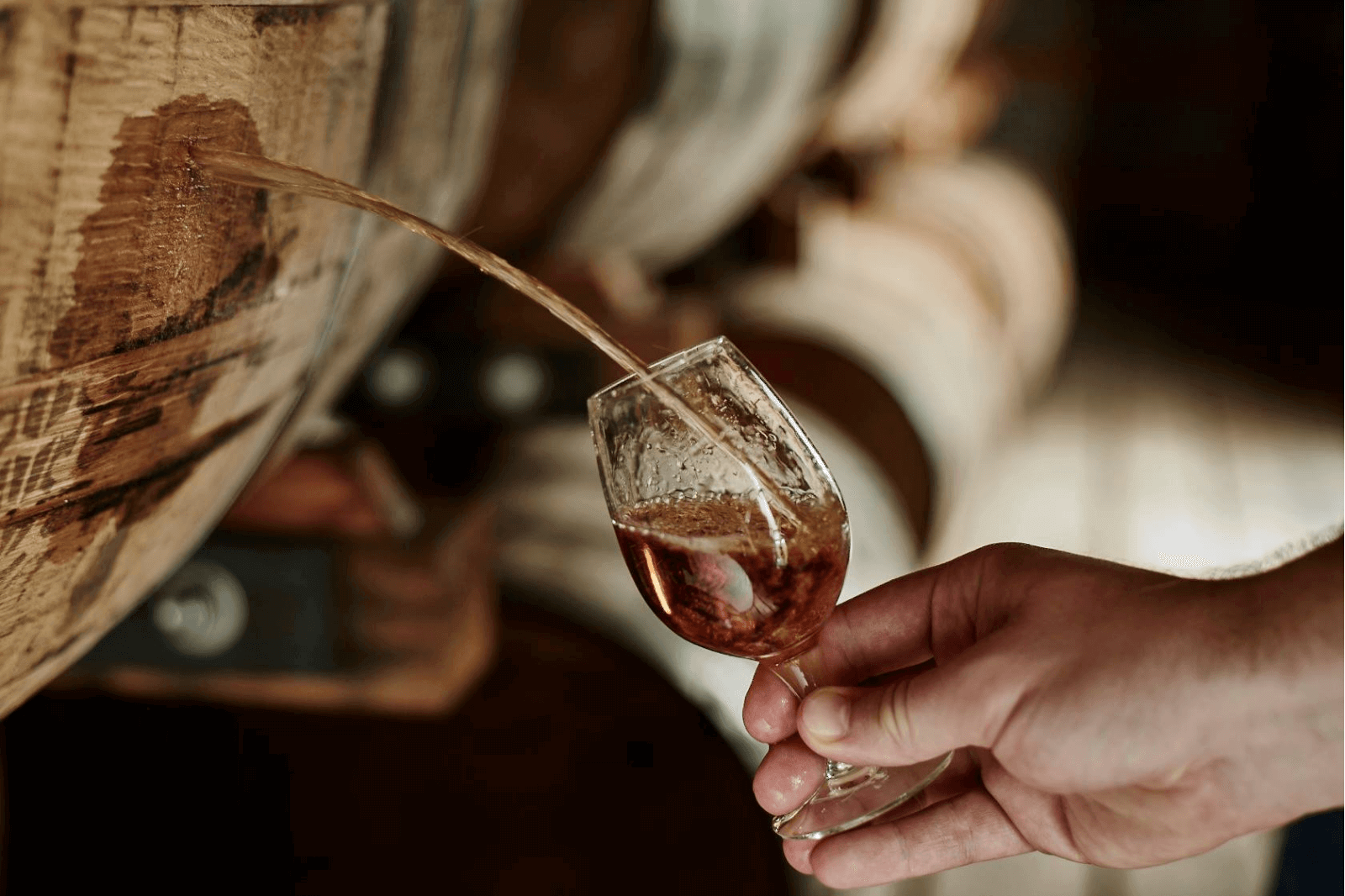 12 Tennessee Distilleries You Should Definitely Check Out

Not only do these Tennessee distilleries embody the state's rich history and the industry's longevity, they make for a fun way to spend a Saturday — or any day! Image: Nelson's Green Brier Distillery

The role of Tennessee distilleries in the state’s economic and cultural history is undeniable. By the late 18th century, rye whiskey production had risen in Tennessee, and the demand was increasing. By the mid-1880s, the distilling industry was one of the largest in the state, but by the late 1880s, the industry began to decline before manufactured whiskey was prohibited in 1909. When Prohibition ended in 1933, the industry did not rise to its former glory. Instead, laws made it difficult for distillers to practice their craft, and production was only legal in a handful of counties. This held true until 2009 when a new law was passed that gave more than counties distilling eligibility. Old distilleries reopened under the control of younger generations — and new distilleries began laying the groundwork to begin creating a history of their own.

Not only do Tennessee’s 20+ craft distilleries embody the state’s rich history and the industry’s longevity, they make for a fun way to spend a Saturday (or really any day of the week) as well! You may recognize many of these brands from menus across town, but you may not have had the joy of seeing the production firsthand. We rounded up a list of 12 distilleries that open their doors — and their bottles — to visitors from all over to provide an up-close-and-personal look at the process.

As many do, this story starts in a garage. Darek Bell and Andrew Webber, longtime friends, began by brewing beer and wine but quickly took an interest in whiskey. Today, they have moved out of Darek’s garage and into a distillery in Marathon Village, where they make small-batch booze (including high-gravity beer, gin, absinthe, vodka, rum and whiskey). These guys are not afraid to experiment, pushing the boundaries with variations such as vanilla bean vodka and quinoa whiskey. This season, they even jumped on the ever-popular pumpkin spice trend and created a pumpkin spice moonshine.

The Corsair Brewstillery also brews beer alongside their spirits, while the Corsair Distillery Headquarters does not have beer, but spirits and craft cocktails. George A. Dickel was a man with his hand in the early days of the whisky (George preferred this Scottish spelling) business in Nashville. It is only fitting his legacy is still alive today in the form of George Dickel Tennessee Whisky. The distillery’s five variations of whisky (No. 1, No. 8, No. 12, rye and barrel select) are Tennessee whiskys, meaning they go through the step of charcoal mellowing (which Kentucky bourbons do not). It is recommended that you enjoy these spirits in classic cocktails (think Manhattan and Old Fashioned), neat or on the rocks. George Dickel’s No. 8 Whisky is one of their most famous. You will find light aromas of caramel and wood and a smoky finish — with hints of maple and buttered corn. Image: George Dickel

A well-known name in the whiskey world, Jack Daniel’s Distillery has been making whiskey for more than 150 years — and it all started with the signature charcoal-mellowed Old No. 7. Today, Jeff Arnett is the master distiller for the brand and, since he began in 2008, he has introduced Jack Daniel’s Tennessee Honey and Tennessee Fire. Just as the four other variations do, these whiskeys make use of Jack Daniel’s mash recipe: corn, rye and barley. You can head to Lynchburg to learn more about the history of Jack Daniel’s and to try the whiskey for yourself. There are five tour options and admission starts at $13. Jack Daniel’s Distillery is one of the most well-known whiskey distilleries in the game. Their 150-year-old recipes can truly stand the test of time. Image: Jack Daniel Distillery

Although Williamson County has a rich distilling history, it has been over 100 years since legal whiskey production has been allowed in the area. With the opening of Leiper’s Fork Distillery this month, that all changed. The history of Tennessee whiskey is celebrated through small-batch production at this family-owned distillery. You will find the retail store and tasting room inside a 200-year-old log cabin that sits on 27 acres in Leiper’s Fork. Try one of their three brands of whiskeys: Old Natchez Trace White Whiskey, White Maple TN Whiskey and Leiper’s Fork Distillery. Only in business since May 2016, Nashville Craft is a younger player in the area’s distillery scene. But while they might not have the years of experience and generations of history, Nashville Craft is quickly making a name for themselves. Located in Wedgewood Houston, they produce whiskey and craft spirits, and the tasting room and tours allow you to take an inside look at the process. Current products include Naked Biscuit Sorghum Spirit and Crane City Gin. Charles Nelson boarded a boat to travel from northern Germany with this father, who was a soap and candle maker. After his father tragically died aboard the ship, Charles continued the family business of soap and candle making, followed by a stint in the butcher business before becoming the owner of a grocery store selling three staples: coffee, meat and whiskey. Seeing the success of whiskey sales, Charles began distilling. In 1885, he sold nearly 380,000 gallons of Nelson’s Green Brier Tennessee Whiskey. Charles’ wife — one of the only women to run a distillery — ran the business after his death before the doors closed during the prohibition era.

Nearly a century later, Charles’ grandson and great-grandson revitalized the business. With Charles’ original recipes in hand, they have been making Belle Meade Bourbon ever since. Take a tour to learn more about the history of the distillery, how the spirits are made today and, of course, to taste them for yourself. Popcorn Sutton was known to be a fine man with a knack for making “likker.” The 100-year-old family recipe Popcorn used is the one still used today. The Popcorn Sutton Original Small Batch Recipe is 88 proof. Image: Popcorn Sutton

Prichard’s makes true Tennessee whiskey in addition to bourbon, rums and liqueurs. And while the flavors set this distillery apart, it is really their crooked neck bottles that make them a standout. Master Distiller Phil Prichard spotted similar crooked-neck bottles on a trip to New England and was inspired by their character. For Prichard’s Distillery, these bottles are recreated by an American glass producer. So even once you finish the contents — and trust us, you will— you will want to keep the bottle as a keepsake and conversation starter. The Fontanel location is Prichard’s Distillery’s second in Tennessee, and it is worthy of a visit. Prichard’s bottles are defined by the crooked necks. Image: Prichard’s Distillery at Fontanel

Tennessee moonshine, organic Tennessee whiskey, bourbon whiskey and other spirits are crafted on Short Mountain Distillery’s 400-acre farm in Cannon County, TN. Owned and operated by the Kaufman brothers, Short Mountain carries on the tradition of the brothers’ great-grandfather, Jesse Shwayder, and his value of living by The Golden Rule, which you will find on every Short Mountain bottle. You are welcome to visit the distillery, cafe and tasting room or attend a Moonshine mixology cocktail class. A radiologist and an engineer dream of making fine whiskey. While it may sound like a hard-to-solve riddle, it is the true story of Tenn South’s founders, Blair Butler and his brother-in-law Clayton Cutler. Armed with nothing but this dream, the pair began their research, purchased 28 acres in Giles County and began their whiskey production. Today, they offer 10 small-batch artisan spirits ranging from Tennessee whiskey to gin, all of which are made with local Giles County white corn. Pennington Distilling Co. was established in 2011 and has since nestled in Nashville’s historic Nations neighborhood. They offer bottling, private labeling and processing services. Pennington has a unique brand offering everything from sipping cream to vodka. Pickers vodka in all different flavors, made by Pennington Distilling Co. Image: Facebook

H Clark Distillery located in Thompson’s Station promises once you take the first sip, you will know something is different about them. Founded in southern Williamson County in August 2014, H Clark Distillery became the first legal distillery in the county in over 100 years. They craft their spirits in the exact same building local farmers used to house grains. Perhaps you prefer brews to bourbons. If that’s the case, check out “Your Complete Guide to Nashville Breweries.” Otherwise, round up some friends to explore the fascinating distillery culture right here in Tennessee!

Shop, dine and explore local by visiting the businesses in the SB App.