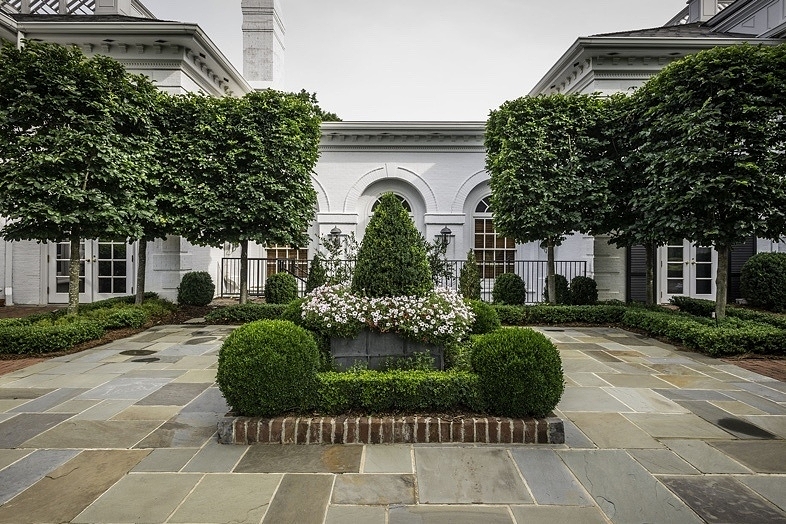 In the spring of 1959, a group of golfers met to discuss their growing frustrations with the crowded course at Charlotte Country Club in Charlotte, NC. Led by James Harris, a successful insurance executive, the group ultimately decided to pack up shop and start their own club. From there, Quail Hollow Club was formed. The club was built on a large parcel of land, 257 sprawling acres formerly home to a dairy farm, which James had inherited from his father-in-law, the former North Carolina governor Cameron Morrison.

With a little help from golfing legend Arnold Palmer, James recruited George Cobb, who had designed Augusta National’s par 3 course, to take the lead on the Quail Hollow layout. The course officially opened in 1961 and, within a decade, was hosting PGA Tour events.

Over the last 15 years, Quail Hollow has been home to the annual Wells Fargo Championship, one of the largest “non-major” events on the PGA Tour. During this period, the club has continued to grow in popularity, becoming one of the more prestigious clubs in the country.

In 2010, the club was awarded the honor of hosting the 99th PGA Championship — one of the Tour’s four majors — in August 2017. With an eye toward preparing the property for this huge event, Club President Johnny Harris, son of founder James Harris, enlisted Page|Duke Landscape Architects out of Nashville to lead a major overhaul of the grounds surrounding the clubhouse. We spoke with Page|Duke’s Ed Tessier about the redesign to get the insider tips for how the premier landscape architect firm tackled the project. The courtyard at Quail Hollow features square configurations of hedged boxwoods, with a larger boxwood enclosed in a custom-made lead planter. This allows for a simple swap of flowers with the changing seasons. A swath of seasonal colors breaks up the green of the boxwoods, as the flowers overflow from the custom-made lead planter.

Having worked with Quail Hollow in the past, the Page|Duke team was well-prepared to take on the redesign project. “The farm that the club was built on was an old pasture,” says Ed, who led the project for Page|Duke. “When they designed the course, they planted pines throughout it, creating an Augusta National effect. Over the years, we worked with Quail Hollow to thin out the pines, clearing some of the landscape to give more views of the course from the clubhouse. You also get more shadow and dappled sunlight in the area, which really gives some depth. The goal was for people to be able to experience the beauty of the golf course from the clubhouse. They can sit on the terrace, experience the long vistas and enjoy the expanse of the course without having to step foot on it.”

This most recent redesign was focused on the areas behind the main clubhouse. “They were already redesigning the interior of their clubhouse when Mr. Harris called us,” shares Ed. “They had a large blue stone terrace off the main ballroom and saw an opportunity to upgrade those terraces, as well as augment some outdoor spaces for use in PGA tournaments and other events at the club.”

The project moved quickly. Ed got the first call in April of 2012 and had to be finished by June, a late spring/early summer timeline in which many members are usually out of town. “We came over and met with the club and started developing the scheme,” Ed explains. The symmetry of this courtyard is highly pleasing to the eye, and the space is as beautiful as it is functional thanks to the work of the pros at Page|Duke Landscape Architects.

One of the first things they noticed was the beautiful oak tree-lined driveway entering the Quail Hollow property. “We wanted to recreate that same feel, but on a smaller scale, behind the club house. They already had a long allée of trees that filters your view to the 10th tee box, so our main question was how can we replicate that feel in the courtyard?”

At the time, the back of the clubhouse featured a large terrace off the main ballroom with an adjacent grass area lined by a brick border. “The area off the terrace wasn’t really functional,” Ed explains. “This was a missed opportunity for revenue because this part of the property could be sold as hospitality areas during the tournaments, as well as being usable space for weddings and other events.”

The Page|Duke team focused the redesign on two centerpieces in the courtyard — square configurations of hedged boxwoods, with a larger boxwood enclosed in custom-made lead planters. The lead tubs allow the club staff to change out flowers during each season to add color. Blue stone paved tile with an old Carolina brick raised border surrounds each boxwood hedge.

Overall, Ed explains, Page|Duke simply wanted to give the club a nicer presence in the back. They wanted the design to be naturally influenced by seasonality, which led to the installation of a group of pleached parrotia. “The idea was to bring a diverse feel to the courtyard, depending on the season,” Ed shares. These smaller trees go from a lustrous dark green in the summer to a beautiful, dark crimson in the fall. “The idea was to bring a diverse feel to the courtyard, depending on the season,” Ed says in reference to the decision to plant pleached parrotia. These smaller trees go from a lustrous dark green in the summer to a beautiful, dark crimson in the fall. We just love a beautiful courtyard!

“We work on a lot of residential properties, so we were able to build upon some of those experiences in our design at Quail Hollow,” Ed continues. “We wanted to create a space that was more social and smaller in scale while still being able to accommodate large events like a PGA tournament or a wedding with 300 to 400 people, which happen often there.”

Quail Hollow already had a world-class golf course. Now they have landscaping that meets those standards as well. “We wanted to elevate the grounds to the quality of the course, and I think we did that,” Ed shares. “These projects are only as good as the client and their vision — that’s what allows us to do what we do.”

Thanks to Reed Brown for the beautiful photos.