Dr. Altha Stewart is the kind of person who, when interviewed, makes a journalist wish she didn’t have to adhere to a word count. Her dedication to bringing together education, health, family and legal agencies to create a community-wide resource for families with children impacted by violence is not only her professional focus, it is a true personal passion. As the daughter of public servants, Altha’s calling to first pursue a medical degree and then specialize in psychiatry seems almost pre-ordained. She was in the first class of women admitted into what is now Christian Brothers University, attended medical school at Temple University in Philadelphia, PA, and began her career in that city before returning to Memphis in 2003. In 2015, she joined University of Tennessee Health Science Center as an Associate Professor of Psychiatry and Chief of Social and Community Psychiatry. She is also Director of the Center for Health in Justice Involved Youth, one of the College of Medicine’s efforts to address the pressing needs in the community. The center’s primary goal is to become a community resource focused on bringing together organizations, from mental health providers to youth organizations to the juvenile courts, to help the families of children involved in violence. In a nutshell, the center isn’t law enforcement, but a community and family resource to find creative solutions to address the ever-increasing public health concern of the impact of violence and trauma on children and families. Dr. Altha Stewart is an Associate Professor of Psychiatry and Chief of Social and Community Psychiatry at University of Tennessee Health Science Center. She is also Director of the Center for Health in Justice Involved Youth.

Why did you choose to focus on psychiatry?

I’ve always been a people person. I always had an interest in people, and kind of getting people to talk has always been part of my personality. As a psychiatrist you’re asking people to share their most intimate thoughts, and it is a skill to engage people like that and to interview them in a way that allows you access to what you need to best be able to help them, while being sensitive to the fact that this is very intimate, private information, oftentimes which they haven’t shared with anyone else. And in working with people with serious mental illness it becomes even more critical to have a personality and style that allows people to want to engage with you, because then if it’s even more difficult if you’re talking to someone who has a psychotic disorder or any of the other major mental illnesses, people really do need to have a sense that it’s more than just ‘I’m asking questions, and you’ve got to answer them.’  You’ve got to have relationship-building skills, and psychiatry seemed to be the best place for me to use my own talent and personality in a way that allows me to practice medicine. Public health seems to be where you’ve really spent the bulk of your professional focus. Why?

I think it goes back to find my upbringing here. I come from a family where public service was sort of a family business. Both my parents worked in government — my mom was a librarian, and my dad a civilian employee for the federal government at the old army depot. My entire family constellation was people who saw themselves as being part of the group that gives back in service, and while I chose medicine as my profession, within medicine it again resonated with me that where I wanted to put my time and effort and skill was where I could do the most to help people. Once I decided on psychiatry, I was attracted to community psychiatry, and that became my professional way of giving back. It’s really where I felt I could make the biggest impact.

I trained as an adult psychiatrist, which means I saw my career as being one where I dealt mostly with patients who were adults. As it happened when I began to work more in the administrative arena, I was in a system that included children, families and adults and mental illness and substance abuse. During my time in New York my administrative work included being the executive director for a children’s psychiatric hospital, and in that capacity I began to focus more on mental health issues. Many of the children came into the mental health system by virtue of behaviors that we came to recognize as the after-effect of exposure to violence and trauma.  So in the early ’90s, I began working in this area of childhood exposure to violence, and the next few positions I had allowed me to get deeper and deeper into that work. I returned to Memphis in 2003, and a few years later I was asked to manage the federal grant for Shelby County, which focused on children with mental illness and their risk for going into the juvenile justice system. So it began to really pull together very nicely — my background and experience, my growing interest and the fact that I was in a geographic area where violence and its impact on children was being seen on a daily basis. As a community psychiatrist trained from a public health standpoint and approach, looking for opportunities to create prevention strategy and to work in collaboration with groups that wanted work to these things was just a natural fit, and when the opportunity came to create the Center for Health in Justice Involved Youth at UT, it was a no-brainer. 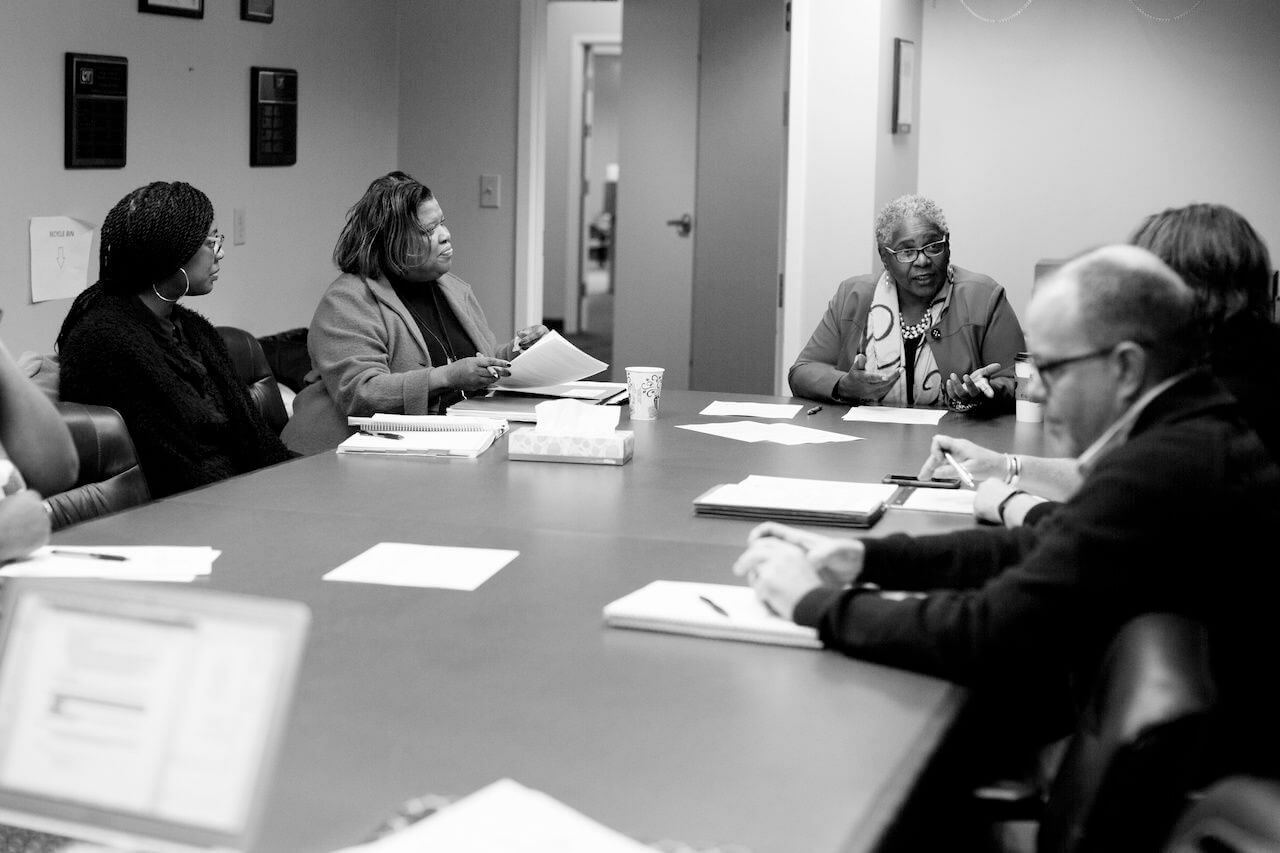 Dr. Stewart leads the work of the Center for Justice Involved Youth, which serves as a community resource focused on bringing together organizations, from mental health providers to youth organizations to the juvenile courts, to help the families of children involved in violence.

What are your hobbies? How do you unwind?

My mom was a librarian, so reading has always been a wonderful outlet for me. I love mystery and history.  I like movies and film. I’m a big Western fan, which surprises people, and a sci-fi fan. I am a Trekkie and Star Wars kind of person. Altha is pictured here with James Greene, M.D., chair of the Department of Psychiatry at UT Health Science Center.

I am inspired every day by the willingness of people who are suffering great hardship to get up and try to make life better. I’m inspired every day by the staff and by the families who keep trying to make it better for themselves. There are so many stories of people who were counted out or were told nothing would change, and they just wouldn’t quit, and so that inspires me.

If you had a superpower, what would it be?

My favorite superhero is Wonder Woman, and I’m torn between her invisibility plane and her lariat of truth. I’d kind of like to be invisible, to walk around and actually hear the impact of some of the stuff that we’re doing. But on the other hand, I kind of like that lariat of truth, so I could wrap it around people to get to the bottom of stuff. So I actually want two superpowers if that’s okay. Our favorite fact about Altha? She loves Westerns!

I had a supervisor in my training program once tell me something that I’ve come to remind myself and others of quite recently: That you cannot be outraged by everything. Sometimes you’ve gotta be like a duck, and let it roll off like water on a duck’s back. And I think being back in Memphis, where we have the Peabody ducks, it’s kind of come back and resonated with me lately that there is a time and place for everything, and sometimes you just gotta be the duck.

What are three lighthearted things – excluding family, faith and friends – that you can’t live without?

Chocolate. Then, a friend just shared with me a site where I can see Westerns I have never seen before – I’d like to binge out on Westerns. The third would be the ability to travel to warm locations.

Thanks to Micki Martin for her fabulous photos of Dr. Altha Stewart.

Connect to more fascinating women in our community! Subscribe to StyleBlueprint!