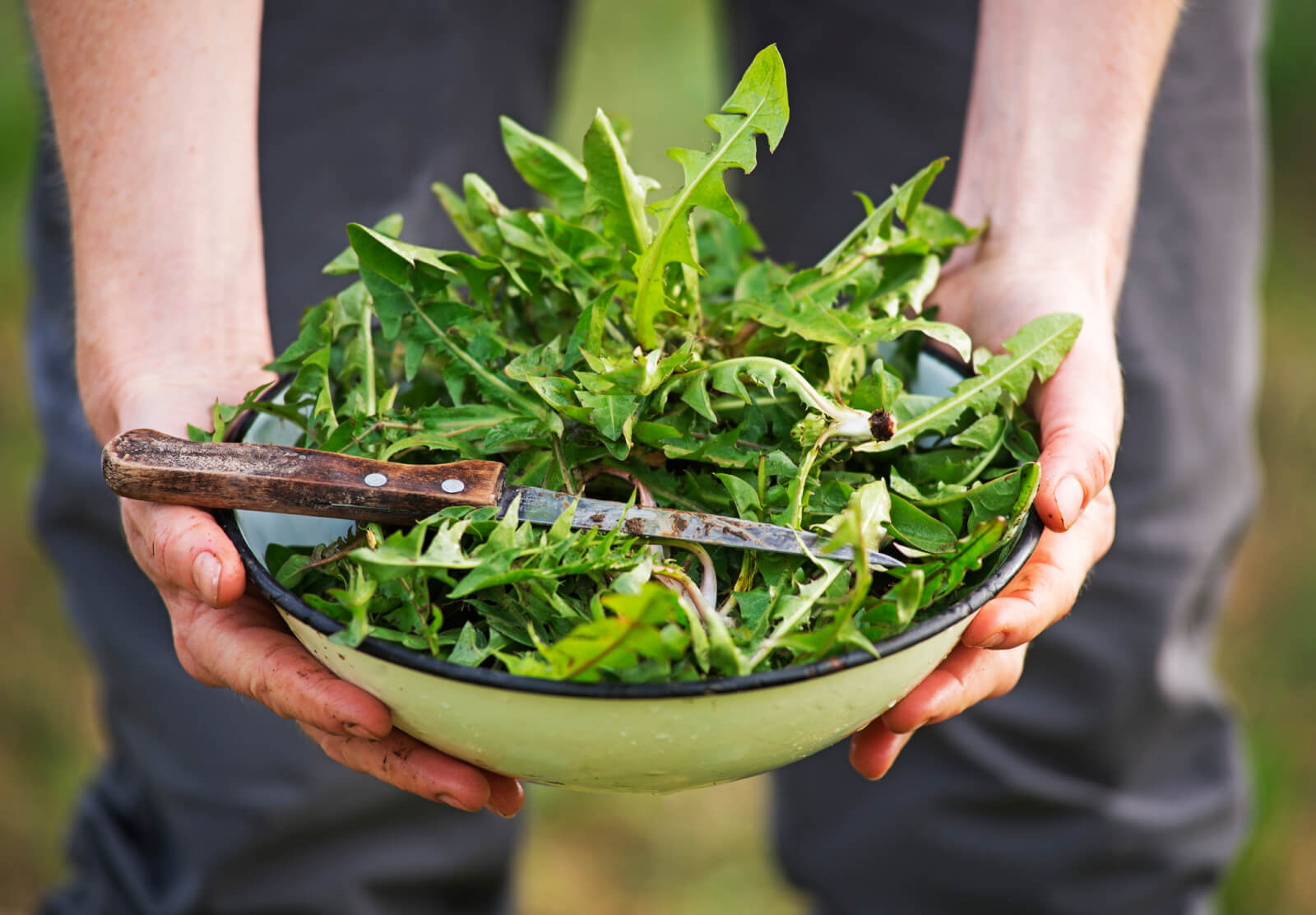 Foraging: What’s Up with This Outdoor Trend?

Is foraging the newest outdoor trend? We spoke to foraging expert Caleb Arnold of Ever Wilder to learn more about why it's drawing so much attention!

Foraging — or the act of searching, identifying, and collecting food resources out in the wild — has been around since the existence of humankind. What began as a universal necessity later became an indicator of socioeconomic status, as those with fewer financial resources resorted to foraging to put food on the table. Cut to modern-day when, perhaps ironically, locally foraged ingredients have become a hallmark of many upscale culinary programs (truffles, anyone?), and the topic has carved out a massive following on social media platforms like Tiktok.

Despite a boom in popularity, foraging isn’t something the average person thinks about on a daily basis, and ensuring safe methods of wild foraging can take practice, so it’s not a hobby you want to dive into blindly. We enlisted the expertise of Caleb Arnold, who works at plant sanctuary Ever Wilder in Ellijay, GA, to learn more about the practice of foraging. Caleb Arnold takes his plant passion to the next level through foraging.

Caleb helps foraging newbies and veterans alike learn more about plant life and foraging. “It’s about the difference between a person obtaining food and resources through physical or interactive means and just going to the grocery store,” he says. “When those labels are removed, it requires the skill of foraging. Simply determining what might be edible or poisonous can be a difficult task.”

Not one for titles, Caleb says, “I’m just a plant person. It’s a passion for me. Foraging is a lifelong thing.” He adds that he was curious about nature and constantly exploring the outdoors as a child. “I’ve always been in tune to the land … and I was continually asking questions,” he says. “As an adult, I got (back) into health, nutrition, and things like that, and it’s led me down this deep rabbit hole … it’s just been a lifelong passion. My daughter was born about five years ago, so that’s more reason to be healthy, (and) eat naturally.”

Located on a seven-acre mountain homestead full of native medicinal and food plants and rare wildflowers, Ever Wilder is where Caleb offers various educational classes, workshops, and plant walks. When it comes to foraging, Caleb says one key consideration should be the fact that plants can be put into families — if someone is just getting into foraging, it’s imperative to learn about plant families. Identifying a plant’s family makes it easier to categorize groups of plants between safe and unsafe. The garden at Ever Wilder is located on a seven-acre mountain property that offers native medicinal and food plants and rare wildflowers. Caleb emphasizes that it’s crucial to be educated about plant families if you intend to forage, as identifying a plant’s family makes it easier to determine the difference between safe and unsafe plants. Even some flowers, including wildflowers, are edible!

“It’s my goal to collect native edibles and medicinal plants so that I can showcase them in a side-by-side nature so that it makes it really easy to learn the differences,” he says. “For instance, the nightshade family … [is a family] that you really need to know what you’re dealing with if you’re going to forage. They have wonderful eating — tomatoes, eggplants, peppers. But on the other hand, they have some very deadly plants.”

Because of this, new foragers should avoid that plant family and focus on families that contain only plants that are safe to eat. “Stick to families like the brassica family,” Caleb suggests. “Even if you know something’s a brassica, but you don’t know exactly what species it is, all the brassicas are edible — so it won’t be a deadly mistake.” The real question becomes: How can you tell which family a plant belongs in? “They look alike — just like people’s families,” Caleb says. “You can tell when something is in the carrot family, [for example], by its characteristics: fuzzy stems or an umbel flower head.”

He says thousands of species of plants would be of interest to a forager in the southeast, and the number-one rule is not to consume anything unless you are 100 percent sure of what it is. He adds that the easiest place to start is with nuts and fruits because they are the most easily identifiable plants. Many people are already familiar with hickory, black walnuts, acorns, and chestnuts, Caleb says, and persimmon and pawpaw are difficult to mistake for anything else if you’re holding the fruit in your hand. For beginner foragers, vegetables such as greens and radishes are easy to spot and identify. Caleb makes it clear that the number one rule of foraging is not consuming anything unless you are 100% certain you know what it is.

When choosing books and other resources to learn more about foraging, Caleb recommends keeping it as local as possible since materials not based on southern plant life might have unintentional misinformation. “I’ve read books that say this plant will not grow next to this plant,” he says, “[but] I’m thinking to myself, I can walk outside and point out that instance [in] multiple [places]. I really respected the author of this book, but he’s from New York, and up in New York, those two plants don’t grow together, [whereas] in the south, they may.”

He also suggests Medicine Bow, a wilderness school in Georgia run by Mark Warren, and Earthskills Gathering, which holds events all over the U.S. “There are some that happen in South Carolina,” Caleb says, “and [it’s] a weeklong camping trip where they teach classes two or three times a day. That’s a fun way to learn and immerse yourself because it’s a primitive environment.”

Caleb says there’s a slight disconnect between foraging and producing food off the land. Picking greens for a salad, for example, is not the same as harvesting staple food crops that will sustain a person long-term. “I feel like a lot of people [look] to foraging as a means of preparedness or survival,” he says, “[but] just because it’s edible doesn’t mean it’s healthy or something that you want to consume a lot of. There are a lot of [staple food crops] that I think people should put a little more emphasis on instead of just trying to figure out everything that you can eat. It’s better to know a lesser quantity of plants better than a larger quantity of plants but not very well.”

Caleb adds that he feels calling oneself a forager is a bit redundant because, technically, everyone is a forager. “We’re all foraging to an extent,” he says. “Even in the grocery store — it’s just a necessary thing.”

All photography courtesy of Ever Wilder.