This Ultimate Fighting Championship competitor talks about her toughest fight, who she wants a rematch against and something people might be surprised to know about her! Meet Sara McMann, today's FACE of Charlotte!

She’s taken on Ultimate Fighting Championship (UFC) champions like Ronda Rousey and Amanda Nunes, she was the first American woman to win a silver medal in the Olympics for wrestling, and she is an inspiration to young girls and athletes who want to shatter gender barriers. We’re excited to introduce you to today’s FACE of Charlotte, Sara McMann. Probably my first UFC fight because there was so much pressure going into it. I hadn’t done anything like it before. [In her first fight Sara fought Sheila Gaff and won!] “I was raised by a strong Italian mother who taught me girls can do anything a boy can do — if not better,” says Sara.

How do you avoid that situation from happening again?

I worked with Leonard Wheeler. He’s a professional football player who taught me different techniques — about five different things that if I feel that again I can think about to get myself into a different type of state to get my adrenaline to release. Most of them have to deal with a very protective feature built into moms — so I think about my daughter and her safety and think about anything happening to her or her being hurt, it produces a really strong protective instinct inside of me. It’s helpful.

Who would you want a rematch against?

Actually all three girls that I’ve lost to — Amanda Nunes, Rhonda Rousey and Miesha Tate. I would love to fight every single one of them again. I am a very competitive person. Nunes is a champion right now, so I am working to get back there. Sara has the UFC Championship in her sights.

What’s the biggest goal you have your sights set on right now?

The UFC Championship. Every sport I do, I think okay, I guess I need to be the best in the world at it. I don’t know how to think about it any other way. I think it’s a wrestling mentality. Any goal I set, I look toward the highest achievement. What’s been the biggest lesson you’ve learned throughout your career?

To enjoy the journey. It sounds a little cliché, but whether you achieve your dreams or you don’t — ultimately you’re going to stand up there and you’re going to wake up the next morning and be the same person. You better love what you’re doing, you better love every bit of it, because that’s what makes up your life, and if you hate what you — once you get that medal or achievement, fame or money, you think that then you’ll be happy — you’re in for a super rude awakening. I am fortunate that I absolutely love what I do. I loved it when I wrestled, I loved it when I did MMA … the next thing I will do, I will love it even if it never brings me anything else. That’s the way I live my life.

What’s the most important message you’d like to send to younger girls who look up to you? Sara says it’s so important to be true to who you are and not what people want from you. 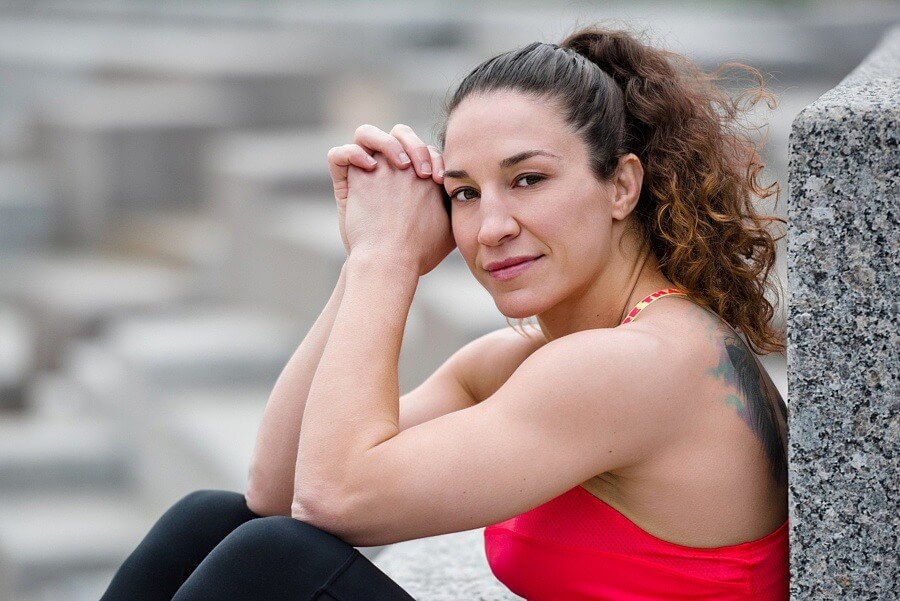 I had a college coach — Rocky Bonomo at Lock Haven University — who said when it comes to competition (but can also be applied to life), “Don’t go by what you feel, go by what you know.” Feelings change. They go up and down, and you can react to a situation completely depending on your mood that day or based on the circumstances.That’s helped me with sports a lot. To read about more inspiring women in Charlotte, check out our FACES archives.