Kelsea Ballerini: FACES of the South

With Faith and Shania before her, Kelsea Ballerini never doubted a woman’s place in country music. Her country-pop sound and ability to dig deep while songwriting helped her become the only female artist in country music history to go #1 with her first three consecutive singles (“Love Me Like You Mean It,” “Dibs” and “Peter Pan”) from a debut album. This 23-year-old made a splash early in her career and continues to impress fans and critics alike. She has been named CMT’s Breakout Artist of the Year and was nominated for the 59th Annual GRAMMY Awards, People’s Choice Awards’ Favorite Female Country Artist and Best New Country Artist at the 2017 iHeartRadio Music Awards. But Kelsea isn’t all business. The Tennessee-native is a girly-girl who swoons over the big acts in country music and indulges in fashion magazines. Welcome Kelsea Ballerini as today’s FACE of the South! When you put out “Love Me Like You Mean It,” what did you anticipate?

When you put out a first single, I think you just hope that it’s heard on whatever level that means. When we put it out to radio, we just wanted it to kind of introduce us. So we were like, “Top 30, top 20, that’s great!” because then you hear it once or twice on the radio, and then like it’s kind of familiar. But to see it go all the way to No. 1 was bigger than we all expected, and that really made us excited to put out more music.

Was it challenging to break into the music business as a female?

I never thought about being a woman as a hurdle or obstacle. I just look at the history of country music, and I see the staples like Faith Hill and Shania Twain, and I think country music females have always been a staple and nothing less. So, I never thought of my gender as being an obstacle.

What has surprised you about the music industry?

The face of country music has evolved beyond the constraints of classic country. How would you define your sound?

I definitely define my sound as country-pop, and I’ve always been really open about the fact that I love every genre of music. I just love music. But I grew up on country music and pop music, and I think that really shows through the songs that I write and the songs on my record that I put out. It’s been really cool to see country music embrace me like they have and let me make this music that’s influenced by other genres — but the roots are still really country. Singer/songwriter Kelsea Ballerini quickly made a name for herself in country music. With influence from pop and country artists before her, she has a country-pop sound that people love.

What’s been the most rewarding part of your career?

Getting to write the songs and then stand on stage and watch it first-hand connect with people.

What goals do you have for yourself in the next five years?

If you could play with one person, dead or alive, who would it be?

My two favorite artists are Taylor Swift and Kelly Clarkson. I’ve gotten to sing with both of them, and I can die happy. 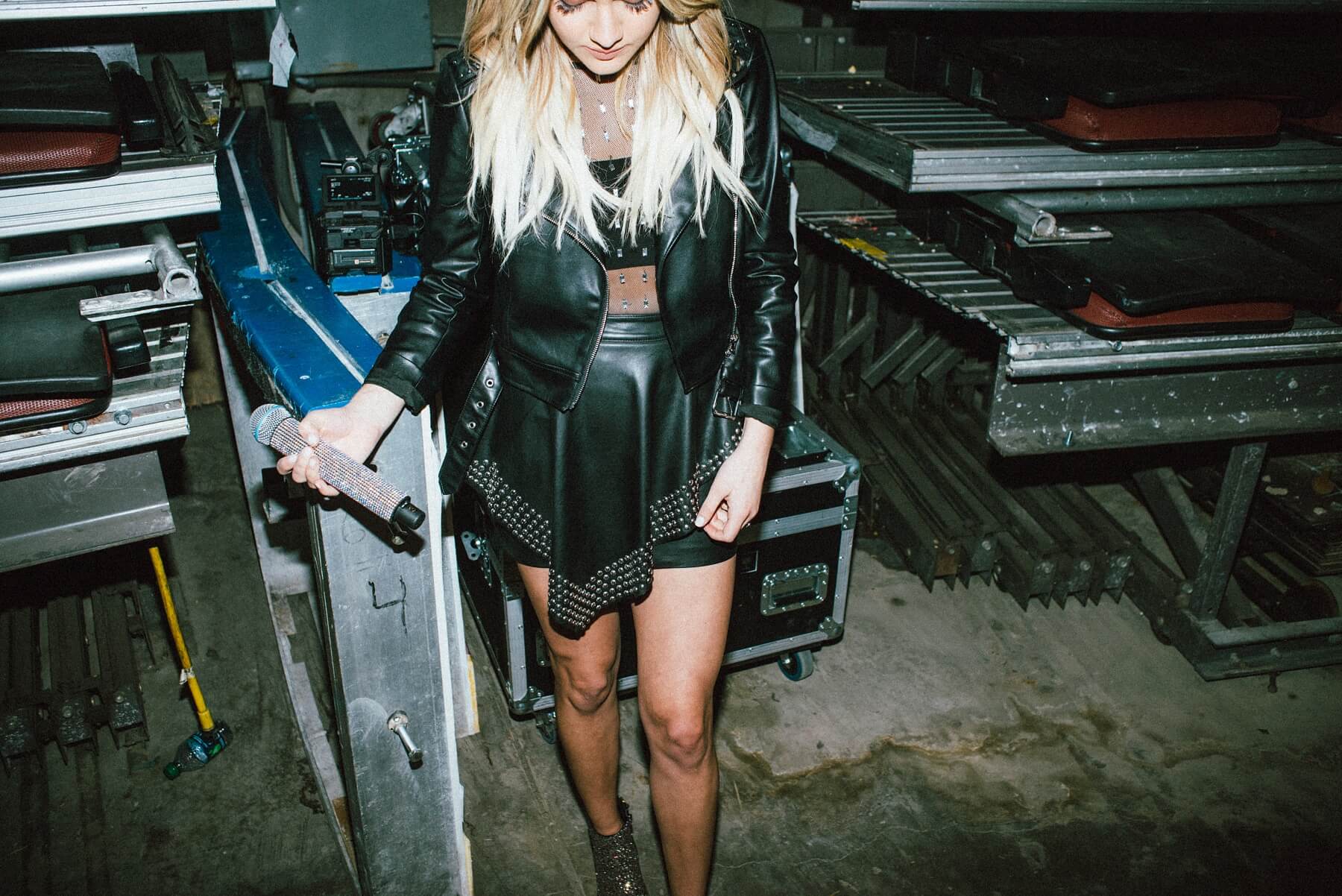 Not only has Kelsea played with her two favorite artists, Taylor Swift and Kelly Clarkson, she has also played with Lady Antebellum, Hunter Hays, Rascal Flatts and Sam Hunt.

Tell us something people would be surprised to know about you.

I’m kind of an introvert, so if I’m around people a lot, then I have to go away for a bit and recharge.

Rumor has it you recently purchased a home in Nashville. What do you love most about Music City?

I just love the atmosphere of being in a place where everyone’s creative, whether it’s through music or through marketing or whatever. It’s just a really creative, innovative town.

You were chosen as a featured entertainer for the Nashville Symphony Fashion Show. Why do you think it’s so important to support the arts locally?

It’s important to support the arts no matter where you are, and I think Nashville is such a good city to do that in because it’s known for the arts. Plus, I’m such a girly-girl, so it’s nice to pair one art, music, with another art, fashion. Although she can rock it on stage, Kelsea is an introvert. Were you as surprised to learn this as we were?

Which artists would be on your dinner party playlist?

A dinner party playlist I feel like should be kind of chill. So probably some John Mayer vibes, some Dave Barnes, and maybe a little Sinatra if I’m feeling fancy.

Fashion magazines to be honest. I always love reading Seventeen and Cosmopolitan.

Kelsea Ballerini will perform at the Nashville Symphony Fashion Show in Nashville, TN on April 18. Thank you to David O’Donohue for the photography.

Read about more inspiring women in the South in our FACES here. They Found Forever Love When the Timing Was Just Right!

With Faith and Shania before her, Kelsea Ballerini never doubted a woman's place in country music. Her country-pop sound and ability to dig deep while songwriting helped her become the only female artist in country music history to go #1 with her first three consecutive singles (“Love Me Like You Mean It," “Dibs” and “Peter Pan”) from a debut album. This 23-year-old made a splash early in her career and continues to impress fans and critics alike. She has been named CMT's Breakout Artist of the Year and was nominated for the 59th Annual GRAMMY Awards, People's Choice Awards' Favorite Female Country Artist and Best New Country Artist at the 2017 iHeartRadio Music Awards. But Kelsea isn't all business. The Tennes
Continue Reading