There’s Only One Way Into Nashville’s ‘Whiskey House’ (And It Feels Great!)

For Nashville realtor John "JB" Brittle, whiskey is a fundraising weapon — an idea that led him to create the super-exclusive Whiskey House. Take a look inside this one-of-a-kind nonprofit that we can't believe exists right here in Nashville!

Nashville and its residents are notorious for rallying around friends, neighbors, loved ones, and even strangers in times of need. In fact, if you look at our city’s event calendar on any given weekend, you’re likely to find a charity event on the books that benefits local businesses and community members. From annual favorites like Rally on the Runway to Hammers & High Heels, these events often include live auctions, silent auctions, and raffles. But do you ever wonder where the more obscure auction items come from … or who they come from?

John Brittle, lovingly referred to as JB by many, has been donating items to nonprofit auctions and raffles for over 20 years. Blaming his “collector gene,” he began his foray into the fundraising world by donating wine, but he eventually moved to whiskey after realizing it often raises more funds.

“I’m still a wine enthusiast; I just don’t use the wine as a fundraising tool like I used to. I was donating wine to 12 or 18 different charity events every year,” explains JB. “After doing that for 10 or 15 years, I realized whiskey was a better tool for raising funds — a weapon is what I like to call it. Whiskey is a tool in our toolbox for fundraising.” JB’s epiphany about whiskey serving as a better fundraising tool than wine came about because of the drinks’ different tasting experiences. “With a bottle of whiskey, I can raise funds for years and years,” he says. “When groups of men and women get together to taste whiskey, you can taste a whole lot of different whiskeys. Everybody tastes a quarter ounce of it, which is a tiny little pour of whiskey.” On the other hand, wine is seen as more of a commitment in terms of tasting. “When somebody opens a bottle of wine, you’re committed,” adds JB. “You may drink that wine or champagne that night; you might have another little taste of it the next day — and maybe not as good of a taste — but you’re done [after that].”

Today, Whiskey House is a 501(c)(3) organization, and it’s often easier to describe what Whiskey House is not than what it is. Whiskey House is not a private club. They don’t have “members,” and they’re not selling bottles of whiskey or tastings. “We’re a fundraising organization that raises funds for other groups,” explains JB. “We’re a facilitator. We consult, get up and speak at the live auctions, and stand in front of the silent auction tables … We’re about helping raise money for causes we believe in.”

One of the most significant ways Whiskey House raises funds for local charities is by donating tastings, which means Nashvillians may get a chance to visit the headquarters. While part of Whiskey House’s creation stemmed from a need to move JB’s massive whiskey collection out of his home, he realized people were willing to pay a lot of money for whiskey and whiskey experiences.

“I was hearing about how much money people were donating for certain things and certain experiences,” JB explains. “I felt strongly that if we had a venue — a place where we could have these tastings — that was different than [hosting tastings] at home. I used to have these wine and whiskey tastings in my home, but you can’t do that to your family all the time.” 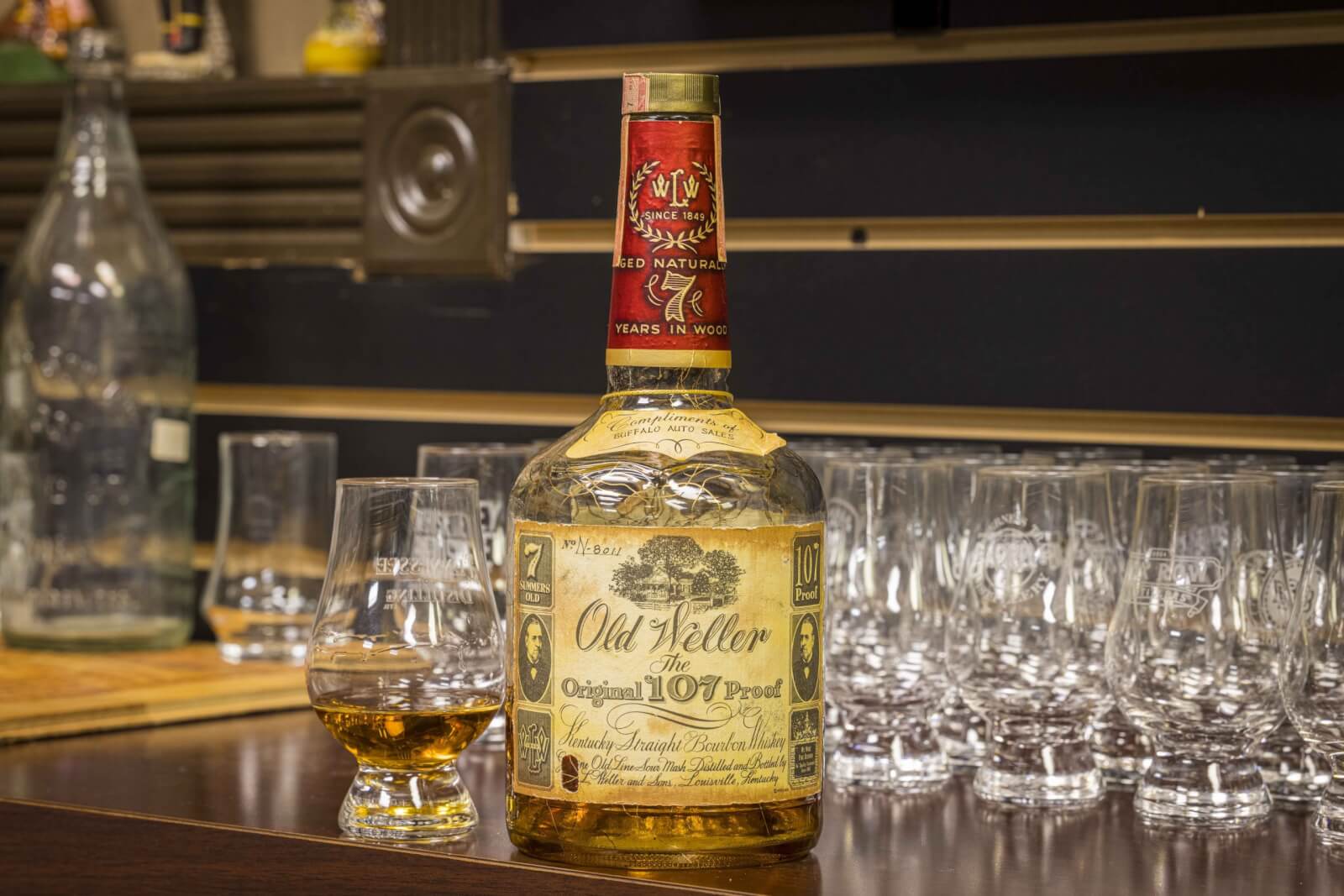 “What we pour for you when you come over is based on what you donated to a nonprofit group at an event,” says JB. “The only way to get to Whiskey House is to go to a charity event, give money to some great organization as a donation, and then you’re qualified to be hosted at Whiskey House.”

If you’re lucky enough to visit Whiskey House, you’re in for quite a treat. It’s located in an inconspicuous Nashville building, and you only get the specific address if you’re invited or buy a tasting at a fundraising event. When you first step through the lobby and make your way to JB’s enormous whiskey collection, prepare to be surrounded by thousands of whiskey bottles that line almost every wall of every room.

The space is divided into six distinct sections. As the names suggest, the Tennessee and Kentucky Rooms feature an array of whiskeys and bourbons from the two states. There are also sections dedicated to Midwest Grain Products and international whiskeys. Perhaps the most prestigious room of all, however, is The Library. This is where visitors can find some of the world’s rarest whiskeys.

“When whiskey gets down to 20-25% of the bottle, we put it in The Library, unless it’s something we can go buy easily at a liquor store,” explains JB. “[The room] is an archive, if you will. It’s called The Library because you check things out; you just don’t get to take them home.” Pictured here is The Library, where some of the world’s rarest whiskeys go to live at Whiskey House when a bottle gets down to 20-25% full.

A newer addition to Whiskey House is a room called JB’s Spirit Chapel, which houses all kinds of whiskey memorabilia, including shelves of ceramic decanters shaped like everything from classic cartoon characters to states, animals, and more. With enough room to seat up to 50 people, JB often uses this room as a venue for nonprofit organizations. “We are now offering that room to different charitable organizations for board meetings and presentations,” he says. “Lots of fundraising organizations don’t have a room where they can have all their board members and volunteers sit together. We’re planning on using [this] room like that during the day for non-drinking events for nonprofits.”

When it comes to the future of Whiskey House, JB says he hopes to raise $250,000 for nonprofits this year — a goal he already expects to exceed. He also plans to donate to over 200 organizations, where in the past, he’s contributed to anywhere from 50 to 60. You may also eventually see Whiskey Houses all over the U.S.

“We believe we’ll have Whiskey Houses in other cities if their goal is raising funds like our system,” explains JB. “We’ll give them everything we’ve got. We’ll say, ‘Here it all is. Here’s the template. Here’s how you do it. We’ve perfected it in five years. Now, go out there and be fruitful, multiply, and raise money.’” “I consider us ‘the United Way of whiskey,’” says JB. “We can be a fundraising tool for a lot of organizations because they’re either not big enough or don’t raise enough money to have a physical brick-and-mortar place.”

So, the next time you’re at a charity event, keep your eyes peeled for the Whiskey House logo. You may just earn a chance to experience it firsthand!

If you’d like to learn more about coordinating a fundraiser with Whiskey House, email Executive Director Mason Luplow at [email protected].

All photography courtesy of Brandon Buza of Buza Photography.