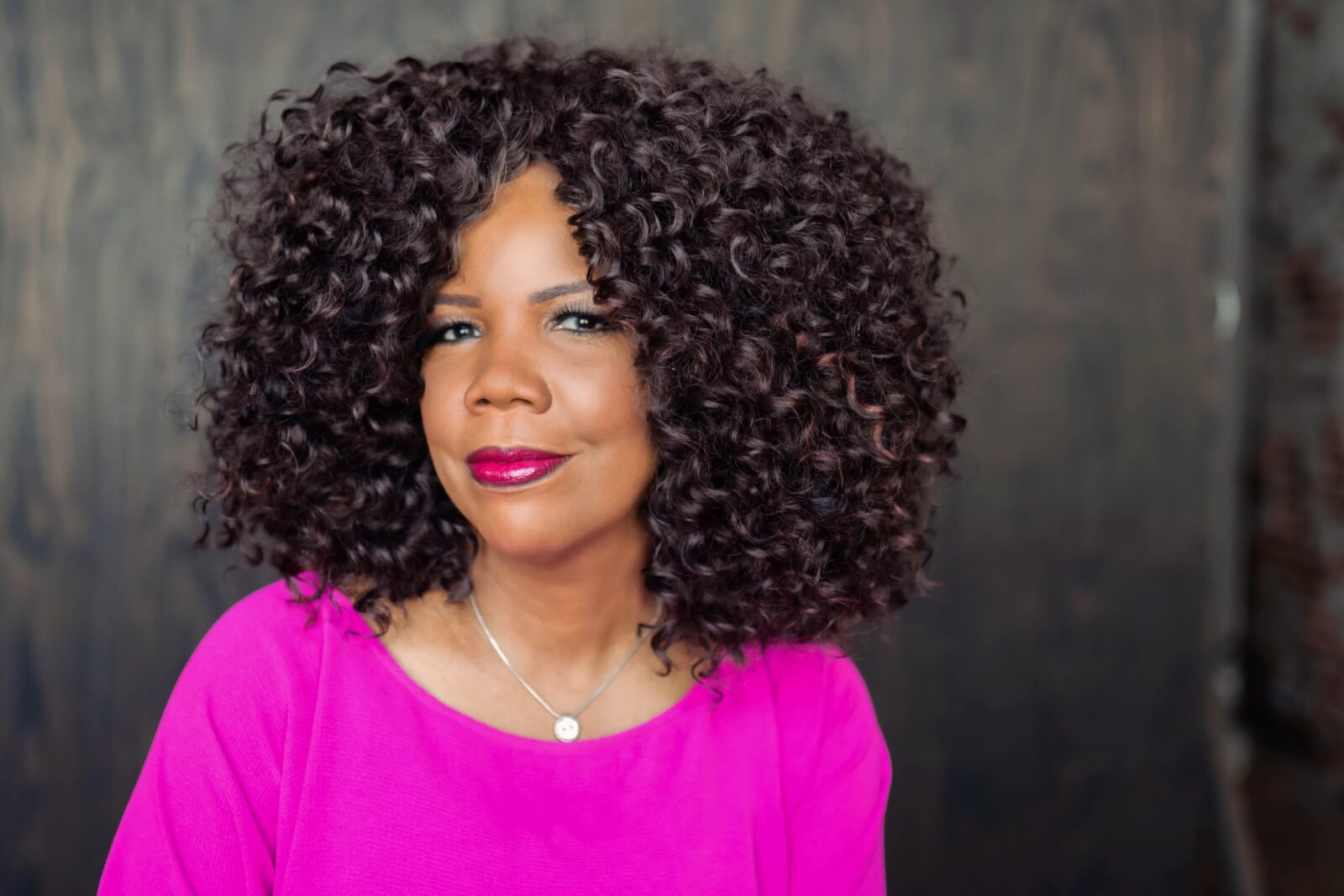 One of today's most prolific gospel singers, Lynda Randle is touching hearts and collaborating with Nashville artists in her stirring new album, Pilgrim Journey.

One of gospel music’s most dynamic performers, Lynda Randle offers a soulful sound that has Nashville talking — and singing along, too. Though not a Nashville resident herself, Lynda collaborates closely with big names in the local music scene. She’s taking it back to her roots with her newest album, Pilgrim Journey, which features Nashville artists like Little Big Town’s Kimberly Schlapman and prolific local songwriter Cindy Morgan.

Prompted by the negativity she witnessed in the throes of the pandemic, Lynda leaned into writing and speaking her truth to offer healing — through her music. Please welcome this week’s FACE of Nashville, DOVE Award-winning singer-songwriter Lynda Randle. I grew up in the nation’s capital, Washington, D.C., and I’m in the middle of seven kids. Before I was even on the planet, my mom and dad had one kid, but they had a pretty crazy marriage at the time, so they separated and went to different parts of the country.

My mom was in North Carolina, and my dad stayed in D.C. He drove a taxi cab, and one day when he was riding in his cab, he heard this old preacher preaching from the South. He came into a relationship with the Lord, and God put our home back together. Six more kids were born after that. It’s a pretty amazing story! I grew up not far from the Capitol building, and I have a lot of neat stories about being raised in that area. Now I live in Kansas City, Missouri.

What led you to gospel music?

My dad was a pastor and preacher — kind of a street evangelist — and our church was next door to our house. Traditionally in black families, you’re going to church, and you’re going to sing, whether or not you like either one. That’s just what happens!

That’s how I got involved in gospel music. I didn’t want to sing; initially, I was going into fashion design and cosmetology, but I failed the ninth grade with 32 F’s. That’s when I started singing and thought, “I think I sort of like it!”

Tell us about your new album, Pilgrim Journey.

I went back to my roots. I’d done some spiritual music here and there, but not an entire project. I saw so much hatred, divisiveness, and people just not getting along during the pandemic. I think I cried more about the awful things taking place in our country than I did about COVID.

It was disheartening to see people fight the way folks have been fighting — and for ridiculous reasons, in my opinion. I wanted to do something to help bring people together. Pilgrim Journey is an opportunity to lament, but the album is also redemptive.

RELATED: Tracey Ford: Shaping Nashville One Building at a Time “For people who want to be on this journey with me, it doesn’t matter if you’re Hispanic, Black, white, Asian, or First Nation people,” Lynda says. “Pilgrim Journey is an opportunity to hear things from my perspective through my music and culture — through my eyes. Then you can understand me a little better, and I can understand you a little better.”

Though you’re not a Nashville native yourself, you’re deeply involved in the Nashville music scene. Tell us about your connection to Nashville.

My little brother, Michael Tait, is in the group Newsboys and was formerly in DC Talk. He lives in Nashville, so we’re always there with him. Because of the music scene, you’ve got some of the best musicians there are!

There are great vocalists, background singers, producers, and writers. Cindy Morgan is brilliant. She has written with everybody from Amy Grant to Mandisa. I knew Cindy through her music, and I always loved and admired her. About six years ago, we did a Christmas benefit event in Nashville with Alison Krauss, Cindy, myself, Michael, and others. I met her officially and heard her do a version of “What Child is This?”. Her chord progressions, soul, and whole creative vibe made me say, “I dig this.”

In January of last year, I felt led to call and ask her to write. From that point on, we’ve been hanging out. She expresses how much knowledge she’s gleaning from me as a Black woman. Her understanding and empathy levels go deep. She is so attuned and in tune with what’s going on in our world and cultures. She wants to be a part of the healing — part of the bridge. We are on next-level sister-ship stuff.

She brought Tommy Sims to the table, who collaborated with Eric Clapton on “Change the World.” That was incredible. I met Kimberly Schlapman through this project, and she was a delight to work and sing with — such humility and grace.

“I’m here in Nashville a lot,” Lynda tells us. “I need to get another house here or something! Even though Kansas City is known for its jazz district, there aren’t nearly as many musicians. Nashville is always a great place to create.”

Outside of the music industry, who are the women who inspire you?

Culturally speaking, Cicely Tyson. She was an incredible woman who went through so much to achieve her successes, even into her 90s. I grew up during the Diahann Carroll era, which was pretty cool. The people I saw on television back then that looked like me didn’t have great roles. They were pimps, drug dealers, prostitutes, or portrayed as ignorant and unlearned. But then to have Diahann Carroll on television … she was an intelligent, beautiful, well-spoken Black woman. That influenced me greatly.

There are others, like Alfre Woodard, but to keep it real, it wasn’t only actresses and singers. My teachers growing up were my first “she-roes” and heroes outside of my mom and dad. I remember Miss Smith and Mrs. Craig. They took me under their wings. It was a level of teacher-student relationship that you don’t see too much anymore. I also adored my aunt Chris, who recently passed, and my spirit of excellence comes from my mom.

I was much younger, but when I met Babbie Mason, who’s a gospel artist, it was like I’d met Aretha Franklin. I admire and look up to her to this day. She helped me in my songwriting and navigating being a Black artist in predominantly white settings.

What’s your earliest (or most cherished) music-related memory?

Mahalia Jackson is my all-time favorite. They say she’s the Queen of Gospel, the world’s greatest gospel singer. She sang with such reverence. I remember watching her and thinking, I want to be that believable when I sing. When you hear Pilgrim Journey, I hope you hear that emotion. I hope you hear my heart and feel like you’re on this journey with me. I learned that from Mahalia. That’s one of my fondest and earliest memories of music. My mother was actually my first “Mahalia.” Back in her day, she could really sing! Lynda counts her mother, aunt, and former teachers as her most significant personal influences.

I use it every single time I sing. My dad told me, “If you don’t mean it, don’t sing it.” That was a mic drop. You sing from the overflow — from your heart and experience.

Back in the day, I tried singing other people’s stuff that I couldn’t relate to any more than I can relate to being a tiger. But I thought, “This has such a great vibe and sound, and it’s popular.” So I tried to emulate certain singers. In the end, it just wasn’t me. I stay in my lane. I will be who God created me to be; I can only be the best Lynda.

Aside from faith, family, and friends, what are three things you cannot live without?

Seafood, my hairstylist, and BarleyGreen®.

Thank you for speaking with us, Lynda! Special thanks to Patience Randle for the photos.

Read even more inspiring and uplifting FACES interviews in our archives!