The footlights illuminate a young magician in top hat, tails and white gloves, the very essence of charm on a vaudeville stage as he sends a scarf up in a dramatic flourish distracting the audience from his lighting-quick slight of hand. Tony Brandino is his name. He’s the opening act for Jack Benny and Bob Hope, and in these moments of captivating audiences and touring vaudeville stages across the country, he’s laying the groundwork for wildly charismatic life and a thriving business back home in Birmingham, AL—Brandino Brass Co. “I think he learned a lot of his charisma from traveling with show people in vaudeville,” says Buster Brandino, owner of Brandino Brass Co. and Tony’s son. “He tried to teach me some magic tricks, but I was left-handed and he was right-handed.” The current storefront of Brandino Brass Co. in Homewood

“He was pretty slick,” says Buster Brandino, current owner of Brandino Brass, of his late father. “He still did magic until he got arthritis in his hands, and I was his road crew, making sure his cart was set up for his tricks. He’d do three or four shows a week at Christmastime for Kiwanis Clubs and Lions Clubs.”

“But people knew him more for his football games than for the magic,” says Tony’s grandson and current Brandino Brass co-owner, Eric Brandino. “He went into the Bryant-Denny Hall of Fame for going to 500 consecutive Alabama games. He got to know Bear Bryant personally. He probably sold him some hardware!” Buster and Eric laugh. “He was so enthusiastic about life,” says Buster. “At 5 p.m., his front yard was full of kids and he was pitching baseball with them. He coached little league for 12 years. When he did something, he did it all the way.” On October 15, 1997, the Birmingham Post-Herald ran a sports section cover story on Tony Brandino as he marked his 500th consecutive Alabama football game. He even authored a book called FANtastic, which chronicled his 50-year experience.

Life-loving Tony was the son of Sam and Janie Brandino, Italian immigrants who came to Birmingham in the early 1900s from Palermo, Sicily, for jobs in the steel mills. He left his childhood home in Woodlawn to serve as a medic in World War II, before joining the traveling vaudeville troupe. He returned home and married an equally passionate personality, a redhead named Marie, whose father introduced Tony to the hardware industry.

“My dad started the business in 1948, riding around in his station wagon, selling spice racks and cabinet hardware,” recalls Buster of the original company, then called Brandino Sales Company, which grew so quickly, Tony talked his brother, Paul, into coming home from his accounting job in Chicago to help him with the business. “My dad, the magician, had the gift of gab, so he was the salesperson. My uncle was the accountant. My aunt did the bookkeeping, and my mom answered the phones,” says Buster. “And the first person we hired was my cousin Nick! It was a true family business.” Renee Généraux helps a client navigate his many choices in the Brandino Brass Co. showroom. Door hardware mounted to a rustic door in the Brandino Brass Co. showroom Jessie Isom, in sales and service, uses his 16 years in residential hardware to help clients find the perfect fit. Tony’s magnetism translated into wildly successful sales. The company moved downtown, where it inhabited a 10,000-square-foot warehouse with stacks and stacks of hardware, hinges and pulls. “I thought it was fun,” says Buster, of growing up in the business. “When I was seven or eight, my job was to group catalogs together or I’d just goof off with the guys in the warehouse.” Buster always worked in the family business in some capacity, before going to college and then selling security systems. Around the late ’70s, Tony began selling more brass hardware, so he closed the sprawling cabinet supply warehouse and moved the showroom to Hoover. Tony discovered a market he could personally saturate in Destin, FL, where he sold to the booming upscale beach developments along 30A. Another wave of changing industry trends caused Tony to close the brick-and-mortar location, and he kept the company alive from his vacation home in sunny Florida.

“My grandfather was a unique individual. He dealt with millionaires and made sure my mother drove a Mercedes, but he always drove a Ford Escort,” says Eric. “He was meager and simple in that aspect, but he was exquisite in his ability to get people to buy things. He was an extremely talented salesman and would do anything for his customers. For him, it was an honor to serve his clients, and I think dad and I both kind of picked up on that.”

In 2009, after 12 years of selling heavy utility construction equipment and needing a change of pace, Eric went to his father, Buster, and said, “There’s nobody doing hardware right now. We should re-open.” They seized upon the market need and opened a little showroom in Homewood, not knowing what to expect. “There was a whole generation of people that didn’t know about us,” says Eric. Tony Brandino and his brother, Paul, ran the original company, and now Tony’s son and grandson, Buster and Eric, carry the family torch. For a time, Tony’s daughter and Buster’s sister, Candy Brandino Tucker and her husband Les also joined in on the family business.

“I was very leery,” says Buster, “because the brand hadn’t been around for so long. So the first day we opened up, this man walks in with a handful of hardware, going, ‘Where have y’all been? I’ve been trying to find y’all! I need some hardware.’” The father and son team marvel at the staying power of the brand Tony built. “I mean, we had people coming to us from Jasper and Thomasville,” says Eric.

Today, Brandino Brass focuses on a carefully curated collection of high-end and high-quality door and cabinet hardware, lighting, mailboxes, fireplace accessories, shutter hardware, sliding track hardware for sliding barn doors, as well as providing customers with custom hardware to fit their design concept. “Hardware is more detailed than the average person understands,” says Buster. “There are different categories and qualities.” And every employee at Brandino Brass has a detailed understanding of those complexities, as they all regularly work with architects, designers, builders, homeowners, carpenters and landscape architects, among others, to meet the aesthetic and functional needs of each project.

“Architects and designers are artists. I mean, they think outside the box. And Birmingham has so many talented architects and designers, too. Guys like Paul Bates, Henry Sprott Long and James Carter, those guys like to get involved. They like to ensure that what they’ve drawn and spent their time on is being implemented,” says Eric. “They are totally detailed, and they are very proud of their work, so it is very rewarding for us to be able to help them.” “I did a Paul Bates house in Mountain Brook. The front door was seven feet wide and on a pivot hinge and it had a huge gate latch that was six feet long that we had built,” says Eric of one of the most interesting projects he’s worked on. “We all chip in around here and do what is needed. We love Buster’s philosophy that we are all family,” says employee Renee Generaux. “Eric, Jessie, Megan and I all work great together and can help each other out, as well as help a customer who has worked with a co-worker previously. Even Eric cleans toilets and loves to mop. We are all used to putting on what ever hat we need to wear.” Pictured from left to right: Renee Generaux, Donny Stults, Buster Brandino, Megan Brasher, Jessie Isom and Eric Brandino When Buster and Eric revived the Brandino business, 93-year-old Tony’s signature enthusiasm shone a little brighter. “No kidding, he was all smiles,” says Eric. “He even offered to come back to work.” Buster and Eric agree that, while they learned a lot about being successful in the hardware business from Tony, the company’s strength lies in its roots as a family business. “We still run it as a family business,” says Buster. “We treat our employees like family. I was brought up that way, so that’s my philosophy of doing business. It was always a family business.” 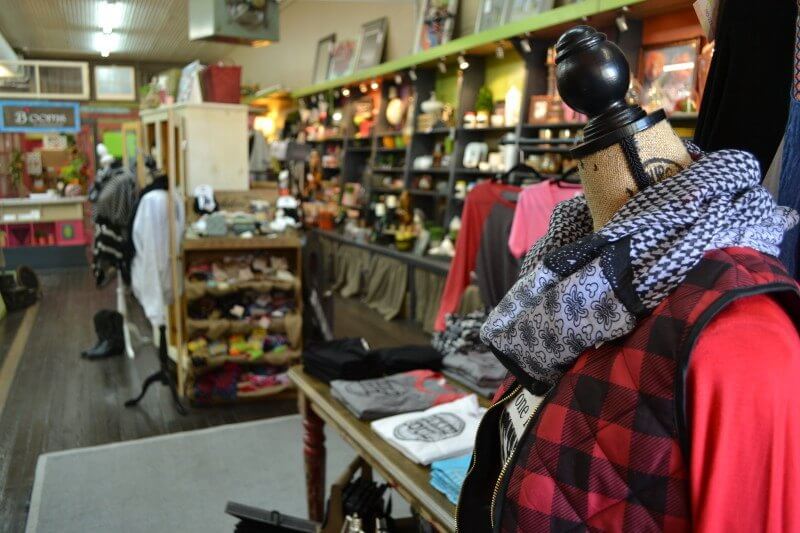 These Local Gift Stores Sell What?!

Have you noticed something recently when you go to shop at your favorite local gift store? So many of them are selling clothes. They may have started out with a little bit of jewelry, maybe a few small handbags and then a couple of cute Southern T-shirts. Then the next time you drop by, there's a full rack of clothes. Next time after that, a dressing room. Here's the thing that we have also noticed: the low price points. The clothing at these "gift stores" is so affordable that you can't help but pick up a poncho and a new chip-and-dip at the same time. Here are some fabulous local gift stores that also sell great clothes: 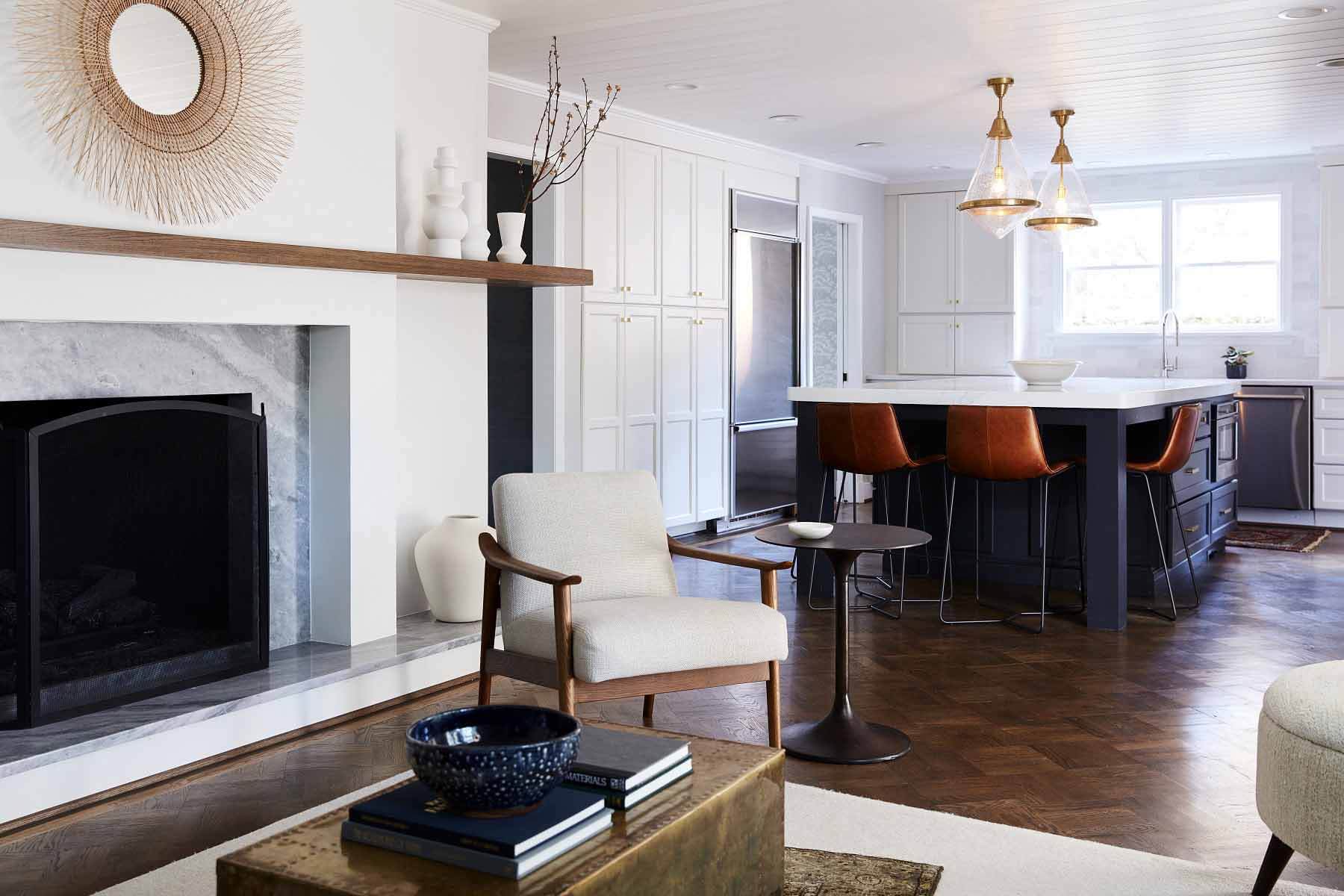