The Newest Place to Live, Eat & Play in Green Hills

Over the course of a few decades, Nashvillians have watched as their hometown rapidly transformed from a big-city-that-felt-more-like-a-small-town into the hottest place in the country to live, work, shop, eat and more. No Nashville neighborhood is immune to these changes, Green Hills included. The first notable change that occurred in Green Hills was the opening of the Hill Center and its 240,000 square feet of retail, dining and office space that opened in 2007. That was only the beginning. Most recently, another mix-used community joined the neighborhood: Vertis Green Hills, an 18-story building with retail and dining options, plus luxury dwellings that overlook the bustling Green Hills community and beyond. Previously an underutilized corner home to not much more than a gas station, the corner of Hillsboro and Richard Jones roads is now home to Vertis Green Hills, the neighborhood’s most talked about place to live, dine, work and exercise.

At the newly redesigned corner of Richard Jones and Hillsboro roads, True Food Kitchen is likely the first thing to catch your eye. The well-known, health food-focused restaurant is a refreshing addition to the neighborhood, with a menu that caters to vegans, vegetarians and gluten-free diners. That being said, there is truly something for everyone. The entire, delicious menu follows the philosophy that food should make you feel better — and if that isn’t reason enough to love it, Oprah has even given it her stamp of approval. True Food Kitchen was the first restaurant to open on the ground floor of Vertis, and Char, Brixx and Santo quickly followed. The eateries satisfy cravings for modern steakhouse dishes, brick oven-fired pizza in a family-friendly environment, and modern Mediterranean cuisine with stylish surroundings, respectively. The neighborhood welcomed True Food Kitchen with open arms and enjoys its seasonal and year-round offerings of fresh and healthy eats. From casual to upscale, the dining options at Vertis are diverse. Char falls in the upscale category and caters to those who favor a perfectly cooked steak in a swanky setting. The restaurants have been well received in an area that long struggled to offer diverse dining options. But the restaurants aren’t the only things that have amassed attention at the corner that houses Vertis. As part of the overall development project, Southern Land Company widened and added sidewalks and crosswalks, beautified the corner with landscaping, added a turn lane, and updated the traffic signals. This was all done in the name of promoting walkability. “Not only did we want Vertis to be a place that people can walk to, but we want our residents to be able to walk to the mall, Trader Joe’s, and The Hill Center,” Senior Vice President of Southern Land Company Michael McNally explains.

Speaking to a Vertis resident who lives and works in the area, we learned just how little she uses her car. “There is a new sense of walkability in the neighborhood, and as a resident, you can take advantage of three grocery stores in the area that you don’t even have to drive to,” she says. “You can easily get Downtown when you do want to drive or Uber, but you don’t have to fight the pedal taverns in traffic every day.” This young resident represents only a portion of Vertis’ demographic, which ranges from millennials to empty nesters to retirees, and from new-to-Nashville residents to long-time locals.

Late last year, after years of planning and construction, Vertis celebrated its grand opening and is now 75% leased. Today, the building — with its 310 luxury rental apartments and penthouses — is 68% occupied. Residents can choose from 40 different floorplans, including studio, efficiency, one-bedroom, two-bedroom, three-bedroom and 14 luxurious penthouses. One of two penthouses still available for lease, this space is stylishly furnished by Mitchell Gold + Bob Williams to showcase its livability and flow. Unbeatable views of Green Hills and Tennessee’s rolling hills in the distance are a favorite feature in this penthouse. Although smaller in scale (when compared to the penthouses), the two-bedroom units deliver a similar level of luxury, with wood panel flooring, energy-efficient appliances and superior finishes.

The luxury, high-end apartments fit the ethos of Green Hills and its sophisticated character. Inside each space, wood-panel flooring, high-end appliances, thoughtful layouts and high-end finishes define the design. Beyond the apartments, on-site amenities include a heated saltwater pool, outdoor yoga platform, fitness center, sky lounge, two resident lounges, parking, and valet and concierge services (including drycleaning, fitness classes, pet services, housekeeping and discounts to the neighborhood restaurants and retailers). Plus, weekly events are hosted for residents only, as well as quarterly public events in the Vertis Plaza. 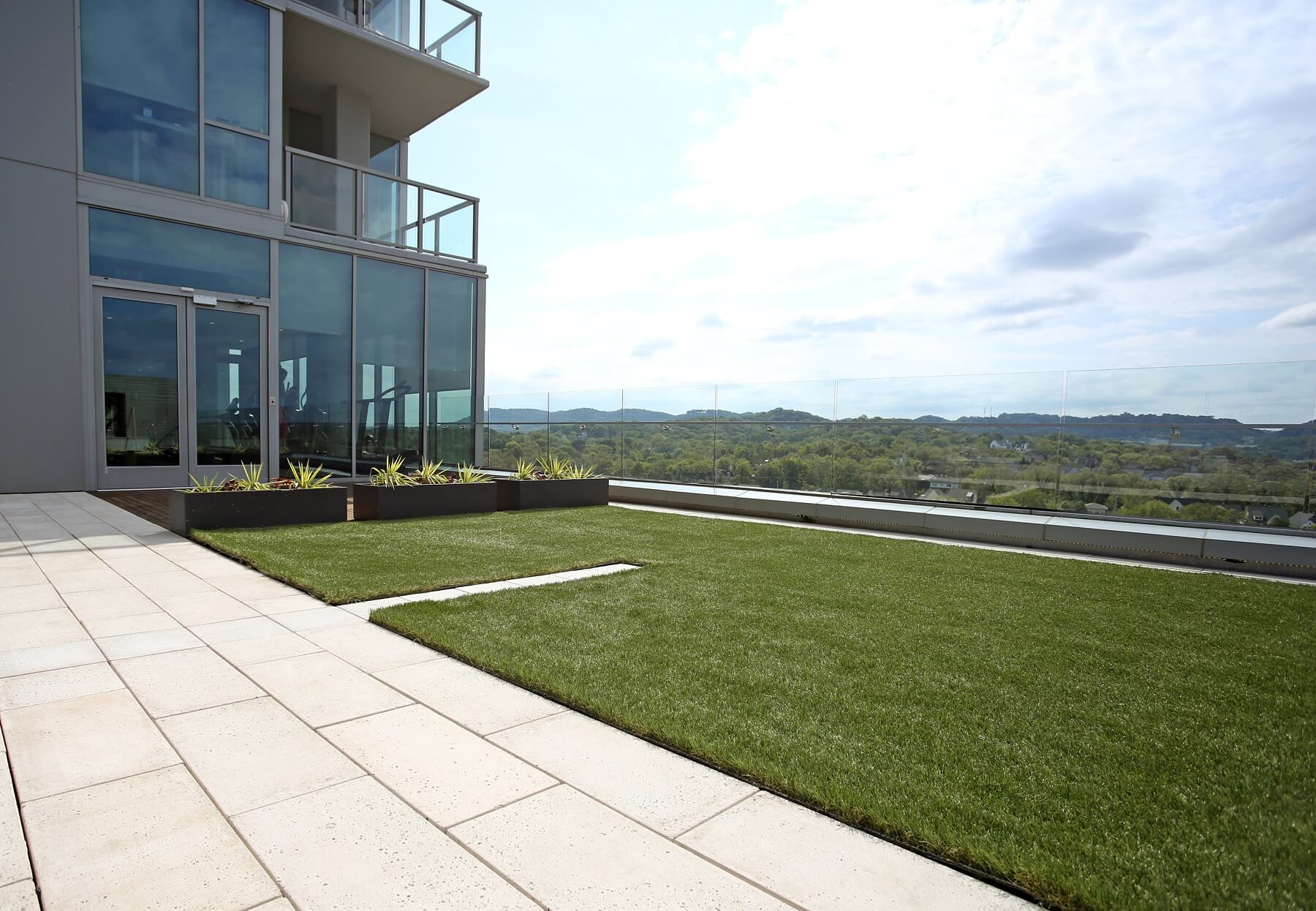 The outdoor yoga platform is popular among residents, who take advantage of the outdoor space to stretch and soak in the surrounding beauty. The lounges are available for group gatherings or those hoping to find a quiet space to read.

Michael points to a previous lack of luxury rental apartments in the neighborhood. “The neighborhood is home to a lot of older and aging buildings, and we saw an opportunity to set the bar with thoughtful architecture and good design,” he explains. “We wanted to provide an alternative to Midtown and Downtown living and create an urban-suburban product that would fit within this community. Green Hills is still in close proximity to Downtown, but it is one tier out from the central business district. The Hill Center and the mall have lead the way with new development and design, and we wanted to complement that and set the bar high for future development along Hillsboro Road.”

Although the street-facing restaurants and the 18 floors of apartments that sit behind them are the most obvious to bypassers, they are only the beginning of what Vertis has to offer. On the second floor, wellness is the focus. Better known as The Collection, the list of businesses includes Corepower Yoga, Spoke & Weal, La Bella e Famosa, Sculpthouse, The Set Studio, and Paint Nail Bar. The third floor is reserved for office tenants, and Southern Land Company calls the fourth floor home. Perhaps most noticeably, complimentary self-parking and valet are available in the Vertis Garage. The second floor of retail space is dedicated to health and wellness. Find a yoga studio, spa, nail salon and much more. Although the building is grand in stature, it does not look or feel out of place in the neighborhood. It was thoughtfully placed away from the street for privacy. Community events, including a tree lighting ceremony and toy drive, are held at the Vertis Plaza, and all are invited to join. Image courtesy of Vertis Green Hills.

“I walk everywhere, and because I rarely use my car, I lose it in the garage regularly,” the resident we heard from above shares with a laugh. “Everything you need — fitness, food, entertainment — is on your doorstep or only a few blocks away.”

To learn more about the luxury apartments and the countless amenities at Vertis, visit vertisgreenhills.com.  All photography unless otherwise noted by Leila Grossman.

This article is sponsored by Vertis Green Hills. The story of the sandwich dates all the way back to the 1700s. If legend proves true, the fourth Earl of Sandwich was quite the gambling man. In the interest of time, efficiency and perhaps to avoid getting hangry, the noble Englishman sought to take his meals at the card table. This act ultimately led to his eponymous invention (read: a humble kitchen attendant likely came up with the idea, and the Earl got all the credit), and rather suddenly, sandwiches were all the rage. But the famed Earl of Sandwich likely never dreamed his savory tableside snack would turn into such a beloved mealtime staple. These days, making sandwiches can be an art form — and a popular one at that. According to the Arizona Farm Bureau, Americans eat an average of 300 million sandwiches per day. From simple,
Continue Reading 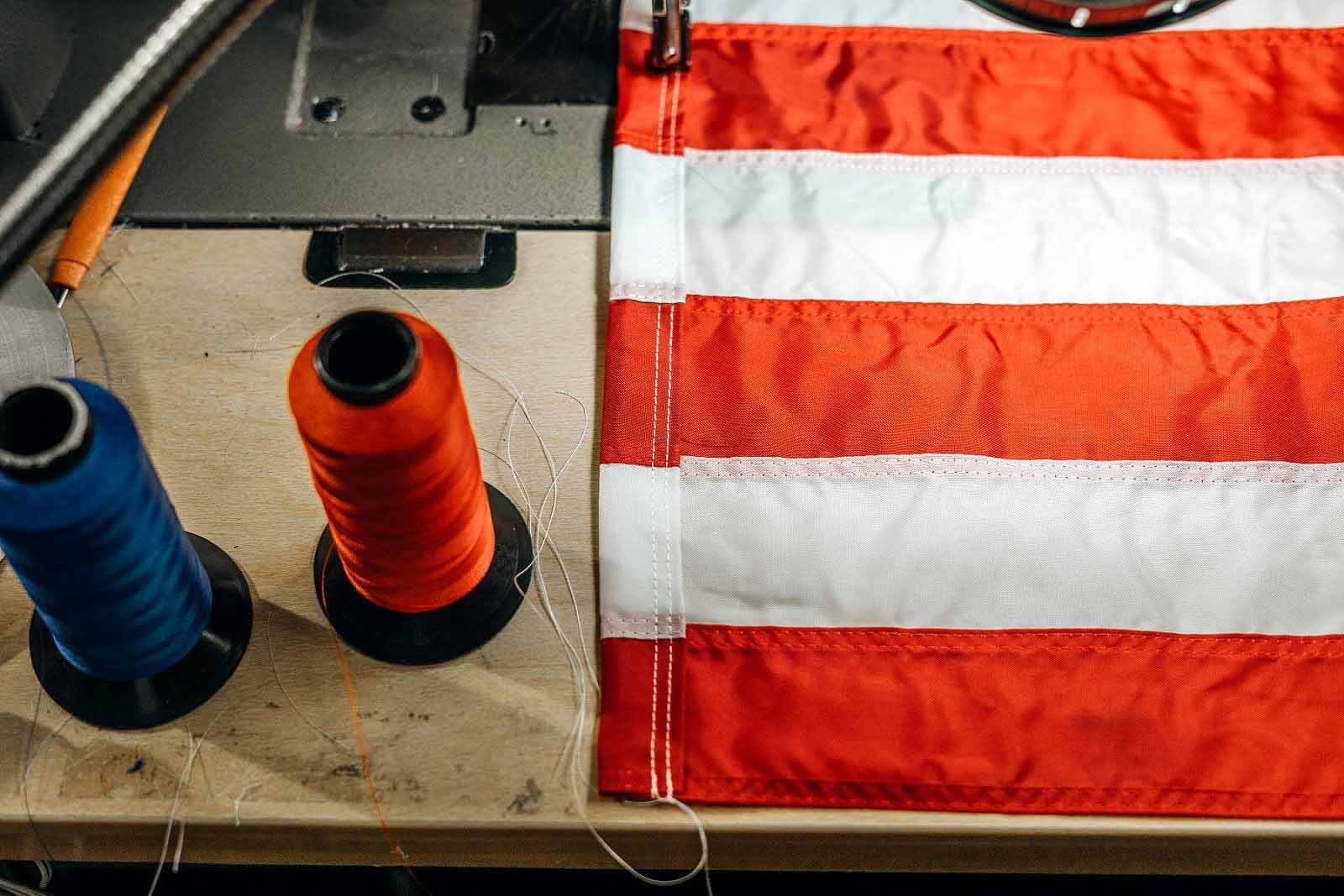