There is so much more to the Kentucky Derby than big hats and big money. We’ve unearthed a few secrets that you might find intriguing. Read on! Image: Churchill Downs Racetrack

In Louisville, there are always secrets for the best ways to wear Derby fashions or hone your betting skills. There is so much we all know about the Kentucky Derby, but have you ever stopped to wonder what you might not know about the fastest two minutes in sports?

From the latest VIP services to the secrets of the Derby, there is a significant amount of history behind this sport. Here are a few interesting gems we were able to dig up!

Better than Millionaire’s Row: The Mansion

You thought Millionaire’s Row was grand? Think again! The Mansion is one of the most well-kept secrets of the Kentucky Derby, and it is strictly reserved for the creme de la creme of high society. The Mansion has been open for around five years and replaced the media center, where members of local news would gather to cover the event.

From the moment Mansion attendees arrive on the property, they experience posh, top-of-the-line service beginning with a designated concierge, who escorts guests from the Churchill Downs lot to the red carpet, where they are whisked away to The Mansion. Although there is no signage for this exclusive hangout, it’s the ultimate VIP retreat. Attendees must be accompanied by their concierge to enter and exit The Mansion. And once inside, buffet stations of epic culinary proportions are displayed throughout the exclusive club. In fact, elite chefs and bartenders are flown in from around the world just to serve the Derby royalty.

With all of the perks from inside The Mansion, perhaps the most envied is the lines — there are none! From the bathrooms to the mint julep lines, there is absolutely no waiting around for service in this exclusive club.

Speaking of lines and bathrooms, word has it there are Chanel counters in the ladies room with complimentary lip gloss. Having a wardrobe malfunction? Never fear! The onsite seamstress will stitch you right up.

You might wonder exactly how much a trip to The Mansion might cost. Well, even if you have the big bucks, one simply does not just purchase a ticket. It’s by invitation only, folks, and packages range from around $7,500 to $14,000 per guest. Many ticket holders must commit to a contract locking them into a three-year Derby weekend commitment, which totals around $30,000 per person. The Mansion is only open on Kentucky Oaks and Kentucky Derby days.

You’ve heard of the Lewis and Clark expedition, but did you know they had something to do with the Derby as well?

Meriwether Lewis Clark Jr. was the son of legendary explorer William Clark and named after his grandfather’s friend and fellow explorer, Meriwether Lewis. After his mother’s passing, he was raised by his two bachelor uncles, John and Henry Churchill, in Louisville, KY. It was then that they passed along the family’s passion for thoroughbred horse racing.

After traveling to England and throughout Europe in the 1870s, attending horse-racing events and rubbing elbows with jockeys and spectators at the Grand Prix de Paris Longchamps, Meriwether Lewis Clark Jr. was determined to bring horse racing home.

The Churchills, one of Kentucky’s first families, owned more than 300 acres of land and passed some on to Clark to build a horse-racing track. Clark gathered well-to-do horse-racing fans — like bankers, whiskey makers, streetcar company owners and others — to create the Louisville Jockey Club. The Club raised more than $30,000 for the building of the new track, which would become known as “Churchill Downs.”

In May of 1875, the first Kentucky Derby race took place in front of just 10,000 people, which is a fraction of the crowd we experience today.

Today, the Kentucky Derby is the longest-running sport in American history, continued since its first race in 1875 – including during the Great Depression and two World Wars. Millions of dollars are gambled each year for the winning of the Kentucky Derby. 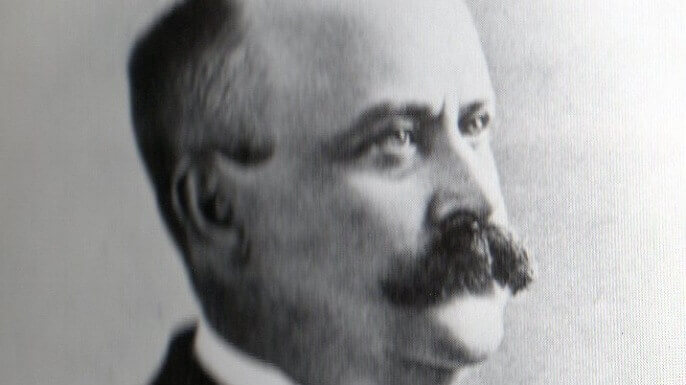 Diversity on the Track at Churchill Downs

The Kentucky Derby is steeped in deep American history. With big hats, big money and big horses, there is one thing far overlooked at each win: the jockey. Many assume jockeys are always men. While male jockeys are definitely the majority, there is far more history to the jockey than one might know. Since the races began in 1875, jockeys have been a diverse crowd of competitors.

When slaves were emancipated in 1863, African-American men and women began searching for ways to provide for themselves and their families. Many took to horse-racing to begin their careers. In the first Run for the Roses, an African-American man by the name of Oliver Lewis rode Aristides across the finish line into victory at just 19 years old. Oliver Lewis was one of 13 black jockeys in the first inaugural Kentucky Derby. The thoroughbred racing horse Aristides, commemorated in this statue beside the tulips at Churchill Downs, was the first victor of the Kentucky Derby in 1875 and was ridden to victory by the sport’s first African-American jockey, Oliver Lewis. Image: Churchill Downs Racetrack

It took a lawsuit in the 1960s to allow women to race, and in 1970, Diane Crump became the first female to ride a horse in the Derby. Back then, jockeys like Diane faced the even more daunting journey of stepping out as competitive jockeys in a male-dominated sport and during a more conventional time. For one race, the hostile crowds of disproving onlookers were so violent that Diane needed a police escort to get to the track, taking her through an angry crowd of shouting people.

Since the 1960s, there have only been six women to ride in the Kentucky Derby (Diane Crump, Patti Cooksey, Andrea Seefeldt, Julie Krone, Rosemary Homeister Jr. and Rosie Napravnik), and a woman jockey has never ridden across the finish line in victory. However, in 2013, Napravnik took fifth place and the highest placement as a female jockey in the history of the Kentucky Derby. In 1970, Diane Crump became the first female to ride a horse in the Kentucky Derby. Image: Biography

Throughout the Kentucky Derby, history has been made through the seemingly insignificant events along the way. From the infield to the grandstand and the turf suites to Millionaire’s Row, there is something at the Kentucky Derby for everyone.