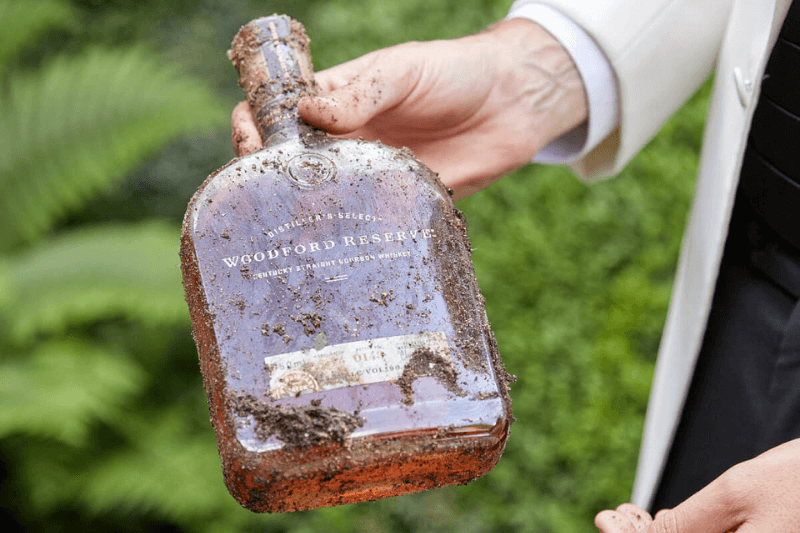 12 Mostly-Southern Superstitions That May Surprise You

What do the fates have in store for the year to come? No one really knows, of course, but read on for some of the unusual superstitions that might help improve your luck!

Certain superstitions appear to be universal. Most of us have heard that we shouldn’t open an umbrella indoors or walk beneath an open ladder. We know the supposed ramifications of breaking a mirror, and God forbid a black cat crosses our path. But here in the South, we seem to have an affinity for quirky superstitions — old wives’ tales steeped in Southern tradition and history that undoubtedly make for some fun conversation. If we dig a little deeper, many derived from age-old folklore or religious significance have transformed into superstition over time. Here are 12 intriguing (mostly Southern) “superstitions” that may surprise you.

12 Weird (Mostly Southern) Superstitions That May Surprise You

If you’ve ever wondered why so many Southern porch ceilings are painted blue, you can thank good old Southern folklore-turned-tradition. Originally intended to ward off evil spirits, this superstition began in the Lowcountry regions, where people believed that “haints” (angry spirits stuck between worlds) were attempting to get into their homes. Since they also thought that souls couldn’t traverse bodies of water, people made watery blue-green pigments — known as Haint Blue— and painted their porch ceilings to deceive the ghosts. These days, it has become somewhat of a design trend, with various shades of Haint Blue found on many a porch throughout the South.

Cover your mirrors and stop the clock when someone dies

Fried Green Tomatoes may indeed have made these concepts more universally known, but the origins of this Southern superstition are deeply rooted in a time-honored Jewish tradition — the week-long mourning period of sitting shiva. Cultures often blend and merge over time, creating spin-off versions with different cultural significance. In this case, the Southern adaptation suggests covering mirrors after someone passes to prevent the deceased’s spirit from becoming trapped in the glass upon seeing its own reflection. Additionally, it’s believed that stopping the clocks at the time of someone’s death allows them to move into the afterlife without rushing them.

Are you looking forward to whiling away the summer hours sitting in your rocking chair, sipping sweet tea, and watching fireflies? We don’t blame you. But next time you enjoy an evening on the front porch, make sure you don’t head back into the house while your rocking chair is still in motion. Irish legend-turned-Southern superstition dictates that a rocking chair left rocking is an open invitation to spirits, and death may be lying in wait. An empty rocking chair may sound harmless, but many old-time Southerners would beg to differ.

Install a bottle tree in your yard.

Have you ever driven through your neighborhood and caught sight of a bottle tree in someone’s yard? It’s typically a decorative metal piece that protrudes from the ground, adorned with multicolored glass bottles. Southern belief holds that by hanging bottles, evil spirits will be drawn to the colors and trapped inside, thus protecting the home from unwanted haunts. Once the spirit is trapped, the bottles can then be corked and sent down a nearby river — far, far away.

Hang a horseshoe in your bedroom to keep nightmares away.

Bury bourbon a month before your wedding.

Brides, listen up! As evidenced by this Highlands, North Carolina wedding, burying a bottle of bourbon at the ceremony site one month before the big day staves off wedding day rain. If you’re looking to get in on the celebratory Southern tradition, there are only three rules: First, bury the bourbon in your ceremony location precisely one month from your wedding day. Second, leave the bottle unopened. (Don’t go sneaking a sip before the burial!) Third, bury the bottle upside down — this supposedly ensures the best possible weather for your big day. Brock and Kirby Bates unearth a bottle of Woodford Reserve bourbon for their wedding day in the Highlands. Image: Davy Whitener for The Film Collective

Don’t let go of someone’s hand to walk around a pole.

Holding hands is one way to connect with someone we love. According to American folklore, however, a surefire way to break that bond is by letting go of a friend or significant other’s hand when walking around an obstacle, be it a pole, a person, or something else. To avoid the misfortune of something coming between you — literally and figuratively — both of you should say, “bread and butter” as you let go. Just as you cannot easily remove butter from bread once it’s spread, this phrase purportedly keeps your souls intertwined despite any hurdles that might arise.

Unlucky number 13? Some people disagree, but many buildings still lack the 13th floor, and plenty of people still regard Friday the 13th with apprehension. Similarly, many say that hosting a table of 13 guests signifies that one person will die within a year of having the meal (yikes!) — a controversial number, to be sure. The origin of this particular superstition supposedly harkens as far back as the Last Supper, and while we can’t confirm the rumor, we hear the Queen of England even has a rule that formal dinners must have either more or fewer guests than 13 in attendance.

Don’t wash your clothes or clean your house on New Year’s Day.

There are several unusual New Year’s superstitions when it comes to tidying up — as if we needed an excuse to leave that ever-growing pile of laundry alone! But superstition dictates that we may have a reason for it … and perhaps an excuse for skipping the cleaning on New Year’s Day altogether. Washing laundry on New Year’s Day signifies that a family member will be “washed away,” while cleaning your house means that you’re sweeping away all of your luck for the coming year. Who’s up for leaving the confetti on the floor for one more day? You may get the urge to clean up all of that confetti on New Year’s Day, but will your luck change if you do?

Carefully consider what you eat on New Year’s Day.

If you’re born and raised in the South, you might believe that having luck in the new year hinges on what you consume on New Year’s Day, thanks to a tradition that likely began during the Civil War. Your New Year’s feast should include collard greens for good fortune, pork for prosperity, and black-eyed peas for wealth, accompanied by a healthy portion of cornbread to signify gold. Did we mention that some folks say you should eat exactly 365 black-eyed peas to represent each day of the year ahead? You’d better start counting.

Don’t put your purse on the floor.

You may already refrain from setting your purse on the floor — after all, who wants the bottom of their bag to pick up dirt and grime of unknown origins? Nevertheless, there’s also a well-known superstition surrounding this concept. A symbol of financial wealth, your purse or wallet should always be kept at waist level or above, as putting your bag on the floor signifies a disrespect for money matters — a sure sign of future financial distress.

Never eat both ends of a loaf of bread.

Never eat both ends of a bread loaf before you consume the middle of it, or you won’t be able to make ends meet — or so the superstition goes. In reality, the “heels” of the bread tend to keep the middle of the bread from drying out too quickly, as they offer a natural endcap. So, whether or not you believe in the superstition and its effect on the fate of your finances, you might want to leave those bread loaf ends alone! When it comes to bread, always save the ends for last!

Happy New Year! Wishing you health, happiness, and of course, good fortune in 2022. For a fun little New Year’s treat, here are several of our StyleBlueprint team members telling us about the superstitions they follow!