April was a month full of color in the city — and we’re not just talking the floral kind, although our blooms were gorgeous, weren’t they? From the runway to the rail yard, Memphis was full of style and substance this month as the festival and outdoor concert season took flight. Across the city, restaurant patios opened for the season, and al fresco became a verb again. Here’s a look at the noteworthy events and announcements from April!

We here at SB were thrilled, thrilled, thrilled to be an official part of Memphis Fashion Week this year! With two huge runway shows showcasing talented emerging designers from Memphis, plus a number of events featuring freeze models and stylish Memphians, the city came alive with color and texture. Congrats to Tara Skelley, who premiered her Spring 2016 line during fashion week, and to all the designers who showed their clothing. Designer Tara Skelley, left, walks the runway with one of her models. Image: Memphis Fashion Week

The Memphis Zoo had two big events in April. First, the Zoo announced that Jahe, a mama Sumatran orangutan, delivered a new baby (a boy!) via Cesarean section. Note that C-sections on orangutans are rare, with only 18 of the 2,224 births in the International Orangutan Studbook being performed in this manner. Of these, Jahe and baby will be the ninth pair to survive the C-section birth. Too cute for words! Mama Jahe and baby Rowan at the Memphis Zoo. Image: Memphis Zoo

On April 29, the wait was finally over and the Zambezi River Hippo Camp exhibit opened to the public.  Zambezi is the first major exhibit opening since Teton Trek in 2009. It is home to three hippos, including one new male hippo from Disney’s Animal Kingdom (“Uzazi”) and two females from the Memphis Zoo (“Binti” and “Splish”). Joining them in Zambezi will be four Nile crocodiles — three females and one male — that arrived from South Africa via FedEx. Ranging in size from 12 to 14 feet, these crocodiles will be among the largest of their kind in North America. Both exhibits include underwater viewing areas. This year, it really was Grizz versus errrybody. The good news is that the Memphis Grizzlies advanced to the playoffs again; the bad news is that San Antonio swept the series in four games. But our guys hung tough through an injury filled season, finishing with a 42-40 regular season record. We love our boys in blue, and wish Marc, Z-Bo, Mike and the rest of the team a restful and restorative off-season. 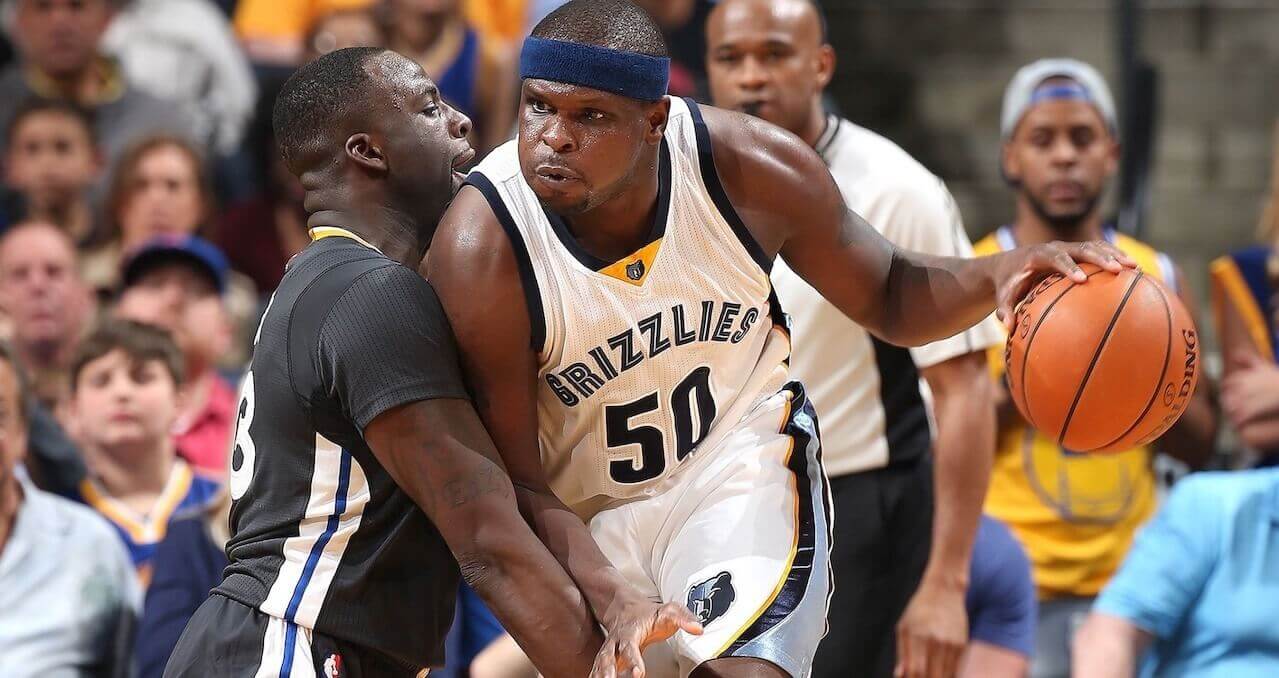 The Grizzlies played tough this season, earning the respect of other teams and the sports media, if not a spot past the first round of the NBA playoffs. Image: Memphis Grizzlies

Josh Pastner was the young gun promoted from within to help rebuild a University of Memphis Tigers basketball team that was devastated (mostly by the sense of betrayal) when John Calipari took his best players and headed to Kentucky where he promptly won a national championship. But Joshie, as we call him around the SB offices, did a good if not ultimately lasting job of keeping the rest of the team together and focused, and the 2015-2016 season ended with a whimper. He’s now off to Atlanta and Georgia Tech, while veteran coach Tubby Smith is our new hope. May the force, and the fans, be with him! Tubby Smith is a legend, and here’s hoping he can get the Tigers back to the big show. Image: The Commercial Appeal

Frankly, it kinda came out of nowhere  and became the biggest restaurant buzz of the year. Loflin Yard is a downtown restaurant/bar/venue full of outdoor Adirondack chairs and a covered patio that doubles as a band stand and a walk-up window for ordering food and drinks. We haven’t been yet, but we’ll report more soon on what’s the biggest SABS (see and be seen) spot in the city. Loflin Yard is like a giant backyard at your friend’s house. If your friend lived downtown, had a band and served up great food and libations, that is. Image: Loflin Yard

The Redball is Coming to Memphis

As part of its centennial celebration, The Brooks Museum of Art is bringing artist Kurt Perschke’s “RedBall Project” to Memphis through May 7. During its performance run in Memphis, this fun and provocative installation will be strategically placed in 10 different sites in the city, personally selected by Perschke during his visit to Memphis in December 2015. See the Red Ball at Stax, Memphis College of Art, the Brooks, Hatiloo Theatre and other locations. Full information is here.

Stay in the know! Download the SB App, and the best of Memphis and everything in the South will be right at your fingertips!