4 Louisville Haunts That Will Scare You Silly!

Wesley is a local gal who enjoys having a glass of wine and watching Netflix.

In the days leading up to Halloween, many people are searching the city for the missing components of their perfect costume. Still others are enjoying not-so-spooky classroom parties and trick-or-treating at the zoo with the younger set. But for the people who really love Halloween, there is no better way to spend an October evening than to pay respect to the ghostly, ghastly, mysterious and possibly haunted locations in and around Louisville. Here’s a guide to four haunted spaces worth checking out.

If the thought of the undead lurking around a vacant building, perhaps searching for something — someone? — that they need to reconcile in order to have a peaceful afterlife scares the wits out of you, then a tour of the Waverly Hills Sanatorium in southwest Jefferson County should be on your October to-do list. First, a bit of history: contrary to some rumors, Waverly Hills was never a psychiatric asylum, but opened in 1910 to help care for victims of the “white plague,” or tuberculosis, which had been ravaging city dwellers, including those in Louisville, for years. By the early 20th century, scientists knew tuberculosis was contagious, so sanatoriums began popping up around the country in the hopes of providing the ill a clean, pleasant place to recover. But still, many died in epidemic proportions. After the advent of antibiotic drugs, TB cases went down, and such a large hospital wasn’t needed, so Waverly closed in 1961. Since then, tales of patients who didn’t make it out alive — thousands of adults and children alike — have captivated paranormalists on TV shows such as “Ghost Hunters.” Many tour options are available throughout the year (even an overnight stay!), and the Halloween Haunted House is open Friday and Saturday nights in October at 8 p.m. Admission is $20 or $60 for VIP tickets. 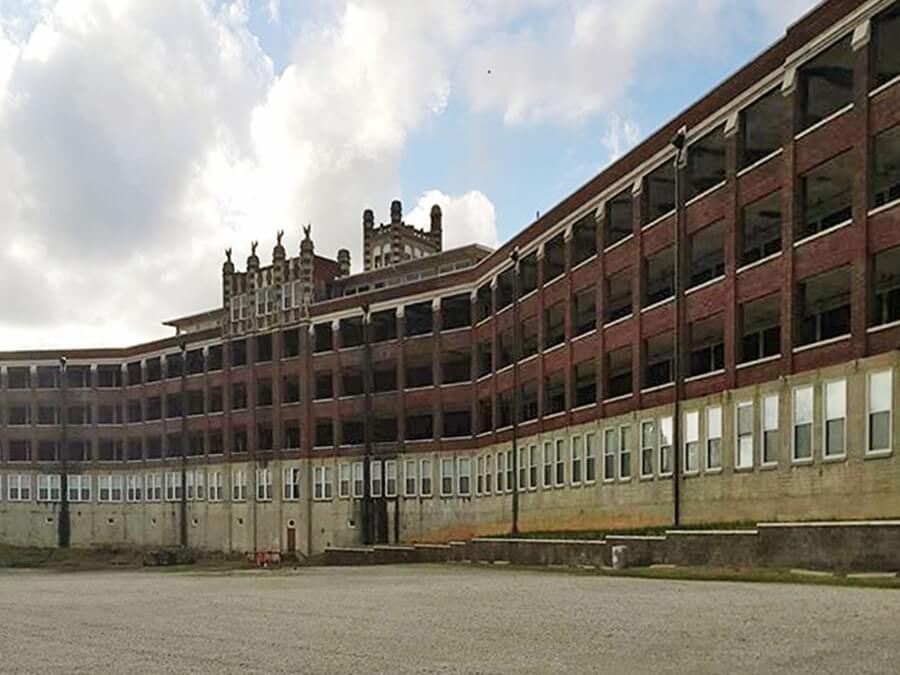 Louisvillians owe a lot to Hattie Bishop Speed, a champion of the arts who established the city’s first art museum in 1927 in honor of her husband, James Breckenridge Speed. Miss Hattie was known to be haunting the museum long before its $56 million expansion in March 2016. According to legend, she was an ultra-organized perfectionist who liked to keep tabs on her museum, so even in death, she is a well-known figure to all who work there. Even StyleBlueprint’s former Louisville editor Heidi Potter, who worked at the Speed beginning in 1998, felt her presence “many, many times.” Employees say she is a friendly ghost, not a frightening one, and that she haunts the art gallery because she simply doesn’t want to let go of her work — even in death. Heidi remembers that Hattie often played pranks with the light bulbs, and that sometimes she would feel a breeze and suddenly the air would smell of lavender. Before the renovation, Hattie was known to frequent the lower level near the special exhibition spaces; others report that her favorite room is the Kentucky gallery, where she would be surrounded by familiar items. We wonder where she’ll be spotted next. The ghost of Speed Art Museum founder Hattie Bishop Speed is a well-known presence in the original part of the museum.

The Train Trestle at The Parklands of Floyds Fork

For generations, the legend of the Pope Lick Monster — a creepy half-man, half-goat that lures unsuspecting adrenaline junkies onto a dangerously high railroad train trestle — has been haunting Louisvillians. But who is this Goatman? The tall-tale rumors spun to explain his existence are almost as good as the prospect of spotting him: he’s a ghost who used to be a circus sideshow act; he’s the unnatural creation of a demented farmer and his livestock (ewww); or he’s the ghost of a Satanic farmer who used to sacrifice goats. No matter which folktale you believe, the legend of the Goatman continues to lure people across the nearly 100-foot-high bridge in the hopes of a chance encounter with this freakish demon. Sadly, in April, a true tragedy occurred when a ghost hunter from Ohio was struck by a train and thrown from the bridge to her death. Clearly, the mystery of the Pope Lick Monster still haunts the tracks near Fisherville in the Parklands of Floyd’s Fork. Technically the bridge and railroad tracks are private property, so it’s best (and safest) to try to view the Goatman from the safety of the ground below. A view of the railroad trestle where the Goatman supposedly appears | Image: Parklands

Just across the river in New Albany, IN, the Culbertson Mansion opens every Friday and Saturday in October at 7 p.m. as an actual haunted house. Ghost chasers give this spot rave reviews, and there’s even a chart that tracks how many patrons have quit, cried, puked or had an “accident” while touring the carriage house of the 1867 mansion. Many attest that spooky noises and electrical problems plague the carriage house. Each year the organizers choose a new scary theme, and the 2018 theme promises to prey upon your worst nightmares and phobias. Admission is $15. The carriage house of the Culbertson Mansion in New Albany promises a fright every weekend night in October. Image: public domain

There are many other activities and haunted houses around town designed to give teens and adults a scare: Danger Run, Grim Trails, Asylum Haunted Scream Park and Baxter Avenue Morgue, to mention a few. The haunted houses have age restrictions and recommend that children younger than 10 do not enter. To be sure, there are scary and perhaps gory scenes that are intended to induce nightmares, so carrying a crying child through the darkness will not be welcome by anyone. But for a group of thrill-seeking adults, what better way to celebrate All Hallow’s Eve? Happy haunting!

Keep up with the very best of Louisville. Download our SB App. Click here to get started! Southern Entrepreneurs on When to “Take the Leap”

In the days leading up to Halloween, many people are searching the city for the missing components of their perfect costume. Still others are enjoying not-so-spooky classroom parties and trick-or-treating at the zoo with the younger set. But for the people who really love Halloween, there is no better way to spend an October evening than to pay respect to the ghostly, ghastly, mysterious and possibly haunted locations in and around Louisville. Here’s a guide to four haunted spaces worth checking out.