I can mark the last time I wore dress gloves: May 25, 1996, for my friend Robyn’s wedding. They were elbow-length satin and I remember wine glasses slipping through my hands with them on. I blamed the gloves (but never the possibility of being over-served) that night for several spilled drinks. Later on, I made that glove into a hair-tie as my hair (and my whole ensemble) had had enough for the night.

Lately, I have seen a resurgence of gloves in designer’s fall lines–long and short dress gloves, sometimes in fabric, sometimes in leather. There has also been a showing of lighter, crocheted gloves in bridal wear.

I know you have visions of this…a little June Cleaver era. Lanvin kicks it off with this gorgeous black dress and leather gloves. Another beauty from Lanvin, this one in velvet with BLUE leather gloves. Between the gloves, the shoes or the gown, it’s hard to say which caught your eye first. This look is by Alexander McQueen. Gloves are cool enough to be featured on The Gossip Girl. Obviously sailor dresses are, too. Here is behind the scenes at a runway show. These would be perfect with your Little Black Dress. These gloves are fine enough to be jewelry. These delicate gloves are just a hint of an accessory here. 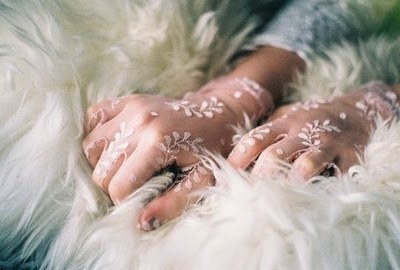 These light crocheted gloves are fun addition to the teal and orange color scheme. Lovely detail of lace on the front, sheer on the palm gloves.  Too bad she’s holding that big ole’ key. If you decide to don gloves this season or next there are a few etiquette rules to consider. Obviously they are a little dated, but you get the gist.

Definite Do’s
Do wear gloves when you go shopping, visiting, driving; and for outdoor festivities such as garden parties, receptions.
Do wear gloves as a mark of respect in a place of worship.
Do wear gloves for formal indoor occasions: receptions, balls, and on arrival at a luncheon or dinner party.
Do keep gloves on in a receiving line.
Do keep gloves on while dancing at a formal party.
Do keep gloves on at a cocktail party until the drinks and hors d’oeuvres are passed. Then turn gloves back at the wrist or remove one glove.
Do remove gloves entirely at the dining table.
Do remove gloves after your arrival at an informal party or luncheon, leaving them with your coat.

Do these rules apply to Halloween or dress up clothes?