This Southern Kitchen Is Love at First Sight …

Why the irony? Because Justin and Amy are the culinary geniuses behind The Chubby Vegetarian blog and the author of two cookbooks, The Southern Vegetarian:100 Down-Home Recipes for the Modern Table and the encore, soon-to-be-released The Chubby Vegetarian: 100 Inspired Vegetable Recipes for the Modern Table. From that first potato to hundreds of delicious veggie dishes later, this dynamic duo is “making vegetables fun,” as Justin puts it. “We take vegetables and treat them like a piece of meat. We dry rub them, we smoke them and roast them,we present them like the interesting, wonderful things they are.” The Chubby Vegetarian: 100 Inspired Vegetable Recipes for the Modern Table is Justin and Amy’s second cookbook.

When Justin offered StyleBlueprint the chance to tour the kitchen in his East Memphis home, we jumped at the opportunity. We expected high design and high-end everything and honestly thought we’d be intimidated. We were so pleasantly surprised to arrive at the couple’s traditional home to find a kitchen that was a perfect reflection of them — warm, inviting and completely focused on food. And that was exactly the idea behind the design of the kitchen/dining room, Justin says — to design a kitchen that fit their lifestyle.

Their kitchen is made for two things: Cooking and entertaining. A modest space with a modern ambiance, the latest version of their kitchen came about last year, when Amy stepped on a tile and water squished up from it, signaling water troubles below the floor. “The dishwasher leaked under layers of floor because this house was so old, and it just sort of spread like the Great Lakes under there,” says Justin. The bad news had a silver lining – the couple had a blank slate upon which to create their ultimate kitchen. “I joked on Instagram the other day that our style is a mix of custom-made and Target and whatever’s really on sale at  Williams-Sonoma,” Justin says, laughing. The multi-functional center island that serves as workspace, dining space and storage. For Justin and Amy, the kitchen had to be a workhorse. They needed space for creating recipes, space for testing recipes out on friends, plenty of storage and, most of all, function. The bonus was to make it all look good, says Justin. “In this modern age, people are in the kitchen. It’s not the scullery in the basement, where you hide the dirty dishes. It’s got to be functional and attractive,” says Justin. “I love the story that the butcher block tells,” Justin says of his countertops. “I love the imperfections and the way you can see the work that’s gone into the block. You can see every cut mark when you start making them, and then you start to see them less and less because it becomes more of a patina.” “Our good friend and my god-daughter’s mother, Renee, walked in and after seeing the kitchen she said ‘Well, you know exactly where you are,’ and I loved that,” says Justin. “Because it’s what we love, because we love to share our food with people.”

Our thanks to Justin for the tour and for sharing some of his kitchen photos and design tips. And thanks to Micki Martin for her photos of Justin and his kitchen!

Keep up with the very best of life in the South by following us on Instagram. We’re @StyleBlueprint! 6 Things NEVER to Put in Your Disposal

After ruining three disposals in the last seven years, I've learned a few things that I wish someone had told me along the way. In case you, too, need a lesson on what NOT to put down your disposal, here you go! We asked the experts at Wills Handyman for a run down of what to do — and what NOT to do — before you consider turning the switch on that disposal! 6 Things to NEVER Put in the Disposal For a Stylish Kitchen: Don't Forget the Accessories 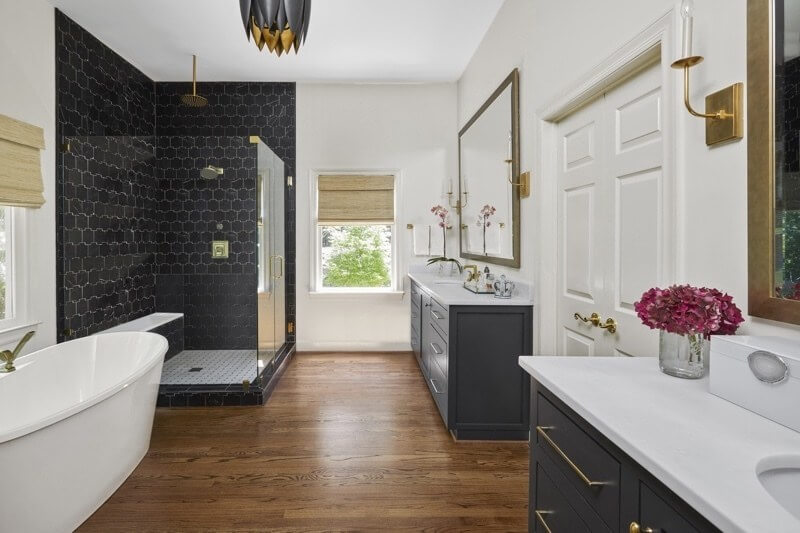 Before & After: This 30A Condo Re-Do Will Have You Beach-Bound