Although they both now live in New York, Suzanne Carter and David Shaw decided to go down South to Highlands, North Carolina, for their April 25 nuptials. Throughout her life, Suzanne had vacationed from her hometown of Memphis at her great-grandparents’ home in Highlands, so she had always wanted to get married there. David is from Atlanta, which is only a few hours away from this scenic location.

David’s being from Atlanta wasn’t the only thing that was fortuitous. The story of how this couple met is the perfect mix of a romantic comedy and romance novel. One night in December 2011, Suzanne dropped her handbag while hailing a taxi in New York. David picked it up, and the two immediately hit it off. Not only that, Suzanne soon discovered that David had also attended her college alma mater, the University of Georgia. 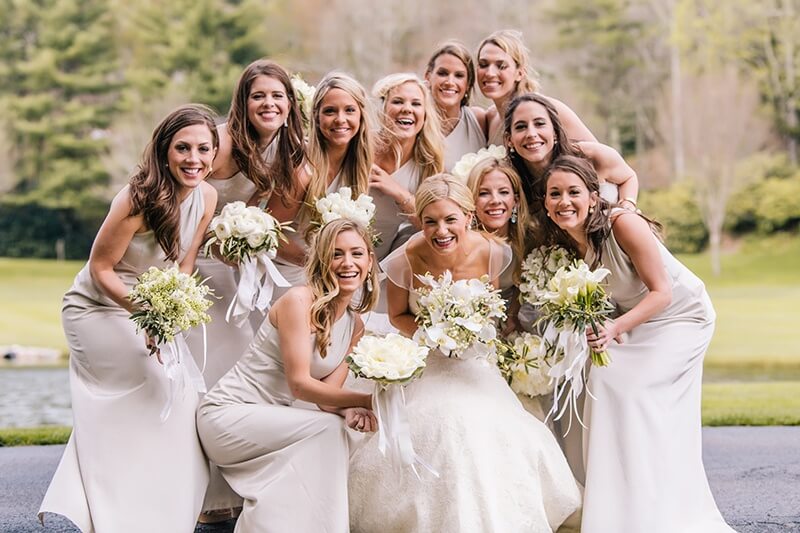 Suzanne Carter Shaw and her bridesmaids, who are wearing bridesmaids dresses from Bella Bridesmaids of Memphis David Shaw and his groomsmen

Before it was the site of their wedding, Highlands also served as the place where David proposed to Suzanne. There was a storm in New York the night they were leaving for North Carolina, and all flights were cancelled. So they had to drive all night to get to Highlands.

When they finally arrived, David proposed and the couple spent the weekend celebrating with both sets of parents. They were engaged July 4, 2014. From wedding to reception, there were elegant floral displays created by Memphis-based designer Greg Campbell and his Garden District team. 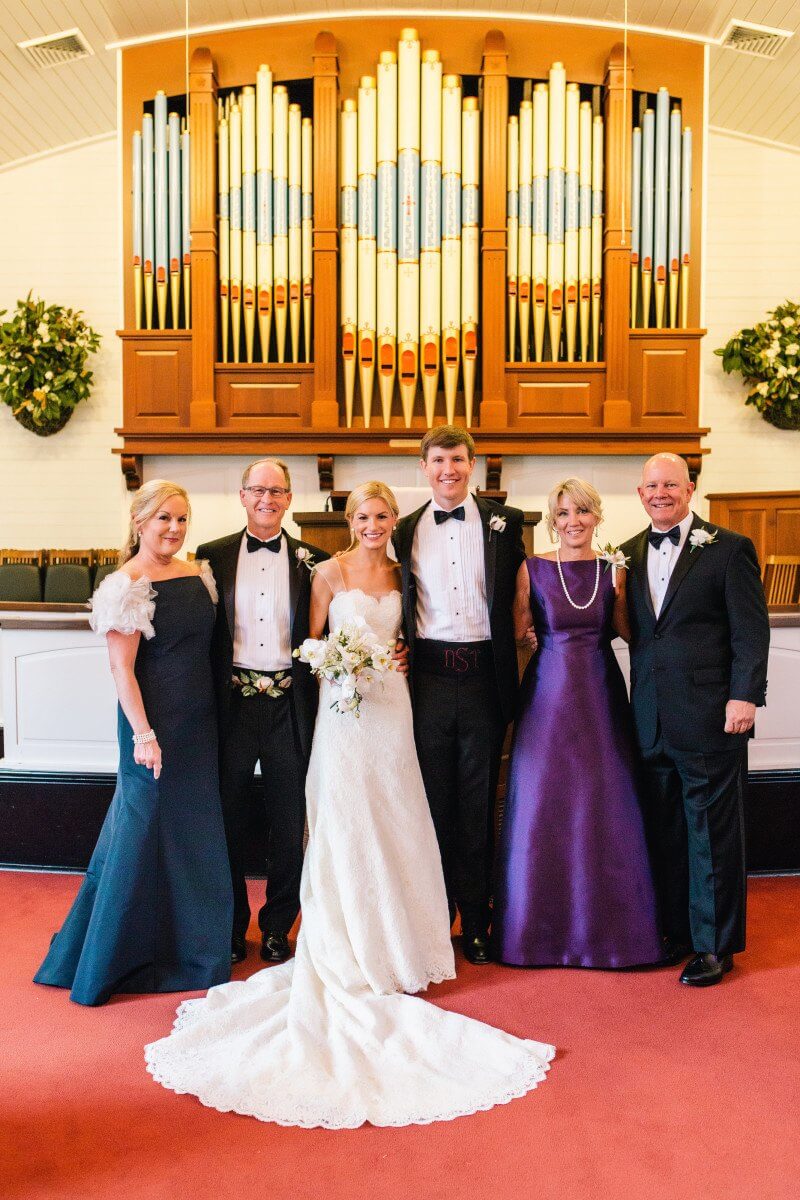 Proud parents with the newlyweds (l to r): Linda and Scott Carter, Suzanne and David Shaw, Ellen and Bruce Shaw For a moment of comfort, Suzanne kicked off her wedding shoes on the walk to the reception from their post-wedding photo session in the cherry orchard.

For their Highlands, North Carolina wedding, the couple exchanged vows in front of about 250 guests at First Presbyterian Church. The two ultimately chose the Farm at Old Edwards Inn for the reception because of its stunning rusticness. Singers serenaded the guests with “O Happy Day” as they entered the reception venue. Suzanne and David danced to “Midnight Train to Georgia” for their first dance.

Instead of a seated dinner, wedding guests were treated to food stations including seafood and pasta. They had a cocktail hour with oysters and mini bottles of hot sauce. And the wedding cake was vanilla with buttercream frosting. 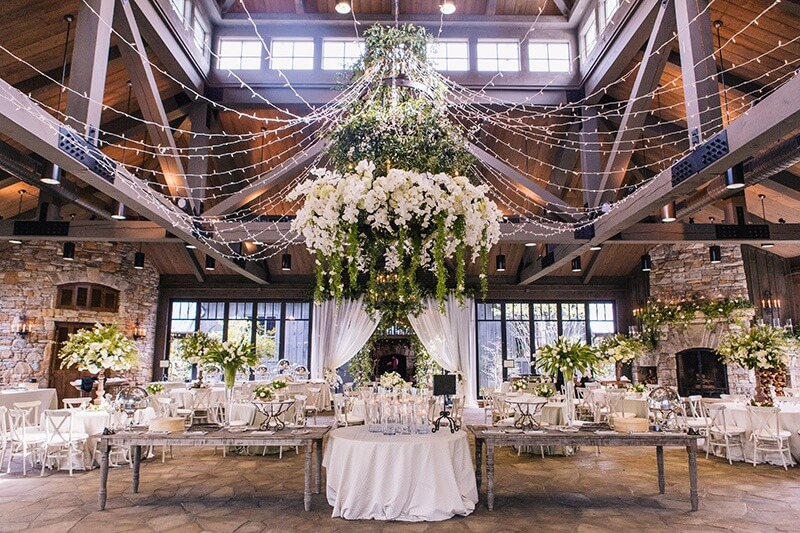 Suzanne and her mother chose white as the wedding color because of its timeless appeal. Orchids and gardenias were center stage because of their shared love for these elegant flowers. Cocktail hour with oysters and mini bottles of hot sauce The wedding cake, prepared by the Lush Cakery, was vanilla with buttercream frosting.

Suzanne credits planner Lindsey Pitt, of Toast Events of Atlanta and Greg Campbell of The Garden District Memphis for the breathtaking ambiance of their wedding and reception. She and her mother chose white as the wedding color because of its timeless appeal, and (phalaenopsis) orchids and gardenias were center stage because of their shared love for these elegant flowers. Suzanne credits planner Lindsey Pitt, of Toast Events Atlanta and Greg Campbell of The Garden District Memphis for the breathtaking ambiance of their wedding and reception. Donuts were served on top of mini cups of coffee with Baileys Irish Cream.

Other flowers included hyacinths and tulips. Greg said they chose key areas throughout the reception to create floral displays inspired by the space. They created a natural tunnel connecting the two main rooms with vines, greenery and lights studded with fresh gardenia blossoms. Arbors were covered with fresh greenery and studded with gardenia blossoms on either side of the dance floor. And there was a display of orchids, hydrangea, vines and light in the massive chandelier in the main room. As a wedding gift, painter Ronald Bayens was commissioned by Suzanne’s parents to create a live painting of the reception. A toast to Mr. and Mrs. David Shaw!

Cheers to the happy couple and best wishes for a lifetime of happiness.